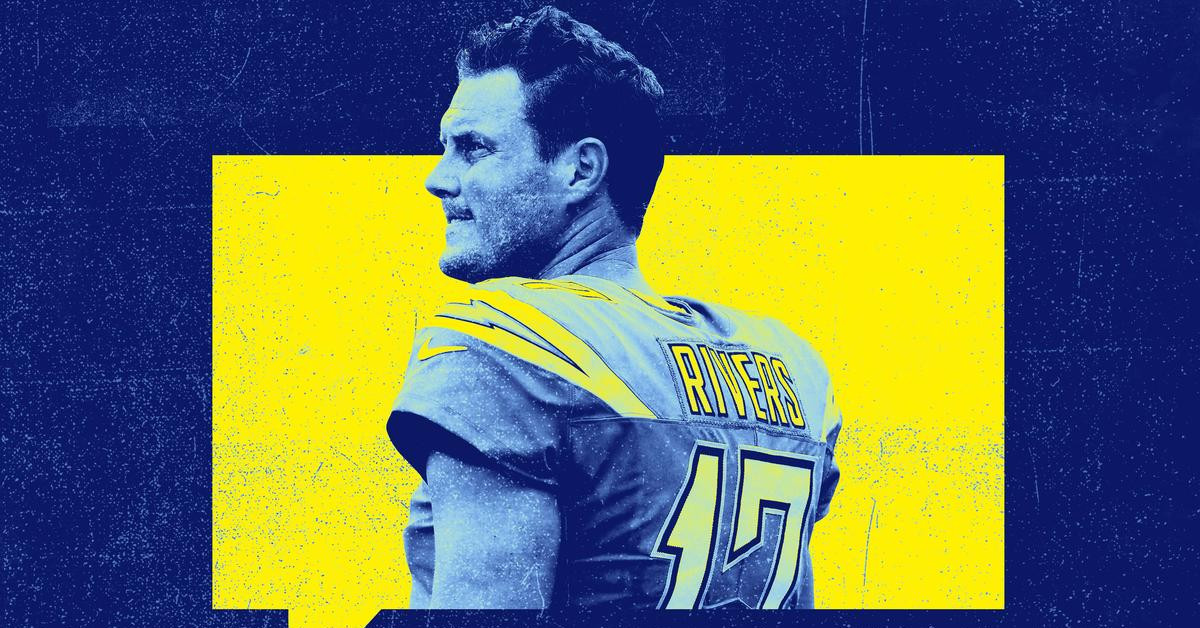 It’s that time of year, when some NFL teams have started looking toward next season. As each club is eliminated, The Ringer will examine what went right, what went wrong, and where the franchise could go from here. Today, it’s the Los Angeles Chargers, who had their Super Bowl hopes dashed in a blowout loss to the New England Patriots on Sunday.

The Chargers finished tied for the best record in the AFC at 12-4. Quarterback Philip Rivers was a dark-horse MVP candidate, finishing third in yards per attempt and in the top 10 in passing yards, passing touchdowns, and QBR. Running back Melvin Gordon had the best year of his career, finishing the season with 6.1 yards per touch and reaching career highs in yards from scrimmage per game (114.6) and touchdowns (14). Center Mike Pouncey rejuvenated L.A.’s offensive line after signing with the team in March. After ranking between 23rd and 31st in run blocking each of the last four seasons, the Chargers were the fifth-best run-blocking unit in 2018 according to Football Outsiders’ adjusted line yards. Receiver Mike Williams, the seventh overall pick in 2017, emerged after a forgettable rookie year to become one of the best jump-ball receivers in football, including a seven-catch, two-touchdown game against the Kansas City Chiefs on Thursday Night Football.

After finishing 12th in defensive DVOA last season, the Chargers improved to seventh despite not having defensive end Joey Bosa healthy for most of the season. Their defense was top 10 in points allowed, yards allowed, yards allowed per play, first downs, passing yards, rushing yards, penalty yards, percent of drives ending in a score, and percent of red zone drives ending in a touchdown. Defensive back Derwin James was named a first-team All-Pro as a rookie along with second-year slot cornerback Desmond King, who was the second-highest graded cornerback according to Pro Football Focus a year after cornerback Casey Hayward was the highest-graded corner.

Most importantly, the Chargers exorcised their two most troublesome demons: injuries and kicking. The team stayed mostly healthy during the season, sending only nine players to injured reserve. They found a kicker who is a linebacker in a kicker’s body who made 27 of 28 extra points and 15 of 16 field goals in the regular season (with his lone miss coming from 52 yards) after usurping Caleb Sturgis for the job. He also nailed the longest kick in franchise history in Week 14 against the Bengals and made five of six kicks against Baltimore in the wild-card round. The regular season showed the Chargers are no longer a punchline.

After the Patriots demolished Los Angeles in the divisional round on Sunday, the joke is on the Chargers once again. Rivers failed in his quest for a Super Bowl and now remains the second-best quarterback to never earn a ring. Defensive end Joey Bosa missed the first 10 weeks of the season with a foot injury, and never looked like the game-wrecking force he’s capable of being. Defensive end Melvin Ingram III, who was expected to shoulder some of the pass-rushing load while Bosa was out, managed just seven sacks himself. The Chargers had an excellent year, but failed to get anything out of it beyond a wild-card win against the Ravens.

L.A. is a middle-of-the-road team in 2019 cap space, but they don’t have many players in-house they truly need to keep. With tight end Hunter Henry returning in 2019, Antonio Gates is likely to retire for the final time (probably). Ditto for punter Donnie Jones, who un-retired midseason after winning a Super Bowl with Philadelphia to punt for the Chargers. Receiver Tyrell Williams played more than 75 percent of L.A.’s offensive snaps this year, but with Mike Williams emerging, it might make sense for both Tyrell and the team to go separate ways. Starting safety Adrian Phillips, who was made first-team All-Pro as a special teamer, is also set for free agency, and his status is a mystery after the safety market had nosedive in 2018. Three of their best players set to be free agents—linebacker Denzel Perryman, cornerback Jason Verrett, and safety Jaylen Watkins—all ended the year on injured reserve. Of the group, Perryman has been the most indispensable to the defense and would create the biggest hole if he left. Defensive tackle Damion Square and cornerbacks Trevor Williams and Michael Davis are the only other players of consequence whose contracts have expired, but each is replaceable after the emergence of Desmond King and cornerback Michael Williams.

The Chargers could use their cap space to extend their stars set to be free agents in 2020, but the team is in an awkward position after many of those players suffered injuries this year. Gordon might be a perilous investment even without suffering an MCL injury in December. Tight end Hunter Henry missed the entire year with a torn ACL and is considered promising in theory but has done little at the pro level. Defensive tackle Corey Liuget suffered a season-ending quadriceps injury and will be 29 next year. While Rivers stayed healthy as always, he will be 38 entering 2020. The answer in all of these cases might be to wait and see what happens in 2019 before deciding who to pay. If so, the Chargers could use their cap space on big-money one-year “prove it” deals for a free agent to keep their books free in 2020 but spend their cash in 2019. Defensive tackles Ndamukong Suh or Sheldon Richardson would be intriguing options on their defensive line who could help draw attention away from Bosa and Ingram, and if L.A. is really feeling themselves, adding safety Earl Thomas to play under his old defensive coordinator Gus Bradley would be an incredible addition to their secondary.

The Chargers crushed the 2018 draft by snagging James at 17th overall. This year, they may be wise to snag whichever pass rusher falls to them in their first round. A team never has enough pass rushers, and that was certainly true for the Chargers this season, when nobody surpassed seven sacks. Boston College’s Zach Allen could be a strong edge rusher to eventually replace Ingram, or they could get an interior presence like Clemson defensive tackles Dexter Lawrence or Christian Wilkins, or Auburn’s Derrick Brown to plug the middle alongside defensive tackle Corey Liuget, whose deal expires at the end of next year.