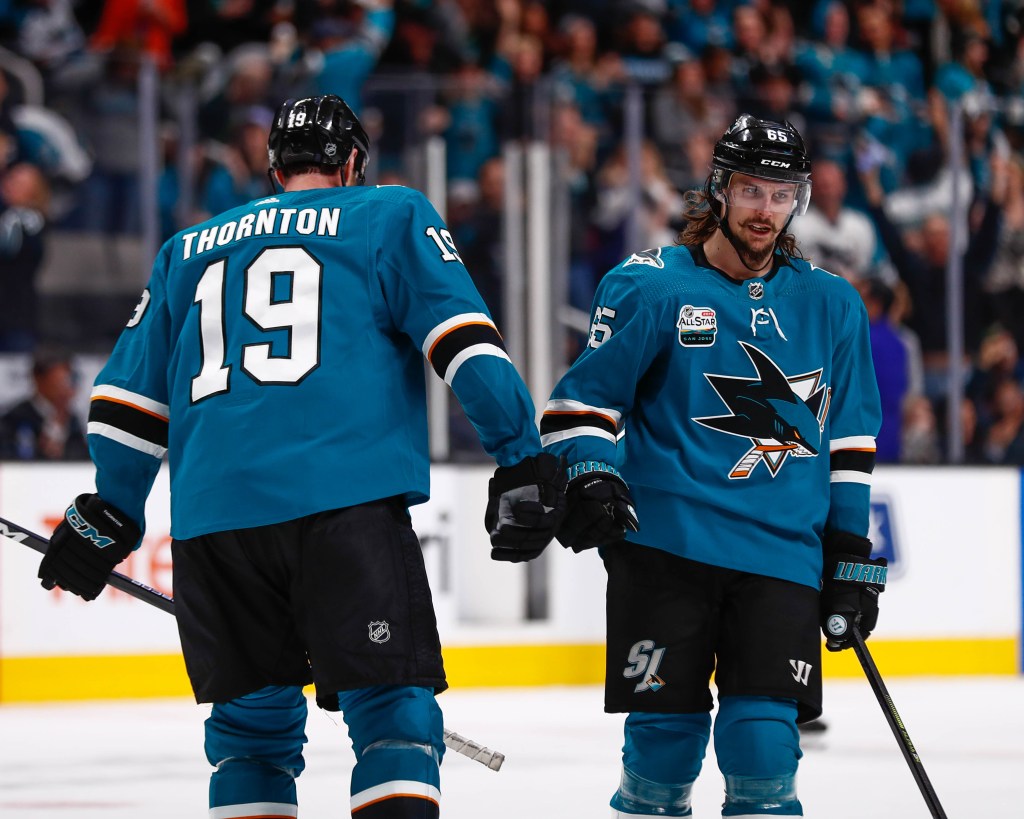 (CLICK HERE, if you are unable to view this photo gallery on your mobile device.)

The combination of Tomas Hertl, Joonas Donskoi and Evander Kane continued to burn up the scoresheet Monday, scoring a pair of goals in the Sharks 3-1 win over the Los Angeles Kings at SAP Center.

The Sharks third straight win improved the team’s record to 12-3-2 since they held a closed-door meeting with general manager Doug Wilson in Montreal on Dec. 2.

After using a handful of third line combinations throughout the first half, DeBoer put Hertl, Donskoi and Kane together on Dec. 29 and they’re giving the team a serious matchup edge in the depth of the lineup, combining for 16 points in five games.

Donskoi opened the scoring at 17:43 of the first, netting his fifth goal in five games by stuffing in Kane’s rebound. With the assist, Kane collected his 14th point in 15 games. Erik Karlsson earned the secondary assist, giving him points in each of the last 13 games he’s played in. In doing so, Karlsson set a franchise record for most consecutive appearances with a point. He’s amassed 22 points during the streak.

After Anze Kopitar tied the game at 1-1 early in the second, the Sharks regained the lead when Hertl scored his 15th of the season. Hertl flipped a backhander into the top shelf after Karlsson sent him out on a one-on-one race with Jake Muzzin by connecting on a slick-stretch pass through the neutral zone. Martin Jones recorded the secondary assist, his first point 222 games with the Sharks and the 3rd of his NHL career.

Jones also made 22 saves in the winning effort.

Joe Thornton iced the game by scoring an empty-net goal with 20 seconds left on the clock. Karlsson picked up his third point on the night on the play.

Radim Simek returned to the Sharks lineup after missing two games with a concussion suffered on a questionable hit from Calgary Flames forward Sam Bennett on Dec. 29. Justin Braun (right knee) and Marc-Edouard Vlasic (undisclosed) both missed their second straight games with injuries.

The Sharks will return to action at SAP Center Tuesday, closing out a three-game homestand with a bout against the Edmonton Oilers.