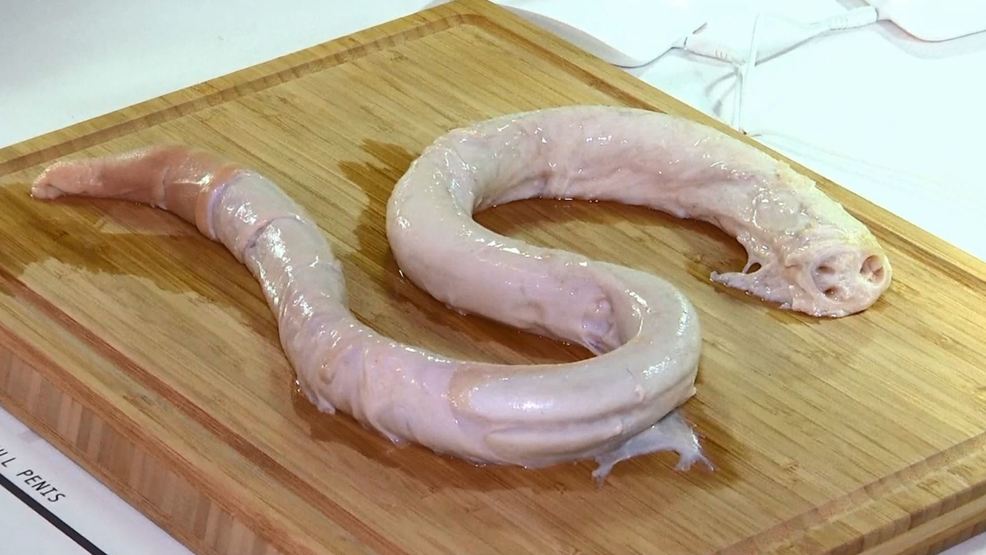 LOS ANGELES (Reuters/CBS Newspath/WKRC) – A selection of some of the planet’s most stomach-turning foods, including maggot cheese, fish sperm sac sushi and Chinese mouse wine, are on display in Los Angeles as part of a new exhibition which aims to delight and disgust in equal measure.

The “Disgusting Food Museum” displays dishes from around the world in a bid to challenge stereotypes about what ingredients one would consider to be disgusting.

“We wanted to have a conversation about what food was and the history that food has, how it becomes part of our tradition and how we grow up around it and we’re not aware that it changes our taste, the way we look at the world,” said Chief Curator Anthony Morey.

“We start to realize that if what we find disgusting is somebody else’s delicacy then that’s going to be vice versa the same situation and they’re going to look at us the same way,” he added.

After museum visitors make their way through the exhibition, which includes dishes and delicacies from around the world, they pass a tasting bar where they can sample some of the items, including Iceland’s cured shark, Hakarl, and Sardinia’s Casu Marzu cheese, which is riddled with insect larvae. There is also Sweden’s smelly Surstromming fermented herring.

“I couldn’t try all of them, there were only three things on that bar that I wouldn’t try. It was the ‘hakarl’ which is the fermented shark, a cheese which is described as smelling like a corpse I believe, and I wouldn’t try the century egg, which is just a fermented egg which apparently wasn’t as bad as it looked but I’m not going to try that,” said 24-year-old Wes Hauptman after bravely sampling a number of the offerings.

Amelia Kuranda Stone, who was visiting the Los Angeles exhibit on her 25th birthday, said it made her think about the sustainability of food sources.

“In America everything is very sweet, very salty, we only eat muscle meats, so I think it would be a lot more sustainable to try and spread out and like find other things that you can add to your palate,” she said, after sampling a spoonful of crunchy Mexican crickets.

Others were not so fearless.

“I would lick a couple of things … there was no way I was putting anything in my mouth that I had to chew, forget it,” said Victoria Lautman, who was visiting the museum with a friend.

And if the strong smells and tastes get too much for visitors, there is no need to panic as a vomit bag is included in the price of admission.