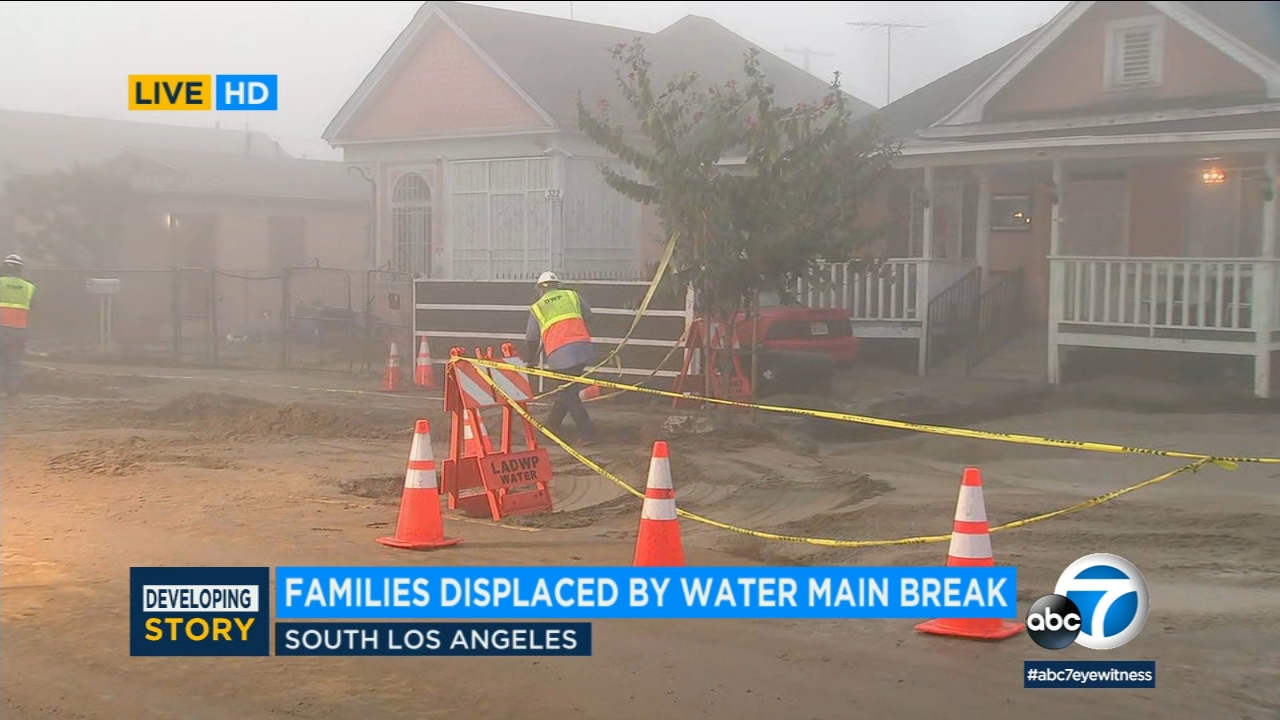 Crews worked through the weekend to clean up mud and a broken water main after it burst in South Los Angeles, sending mud and thousands of gallons of water into homes and all over streets.

near Towne Avenue and East 55th Street and continued to flow for about four hours before LADWP was able to shut it off.

The massive break created a sinkhole that swallowed up a few vehicles and sent thick gobs of mud into homes and flowing through several streets. A truck that fell into the sinkhole also cracked a gas line, causing gas to be shut off.

Eight homes near the break were evacuated as crews assessed the damage. By Sunday morning, five of the homes were deemed OK for residents to reside in.

When the main was finally shut off late Friday, at least 75 homes were left without water and power in the neighborhood. LADWP set up potable water stations, where residents could access water to be used for flushing toilets or other sanitary needs. Shower and bathroom trailers, as well as portable toilets also lined the streets.

The sinkhole was partially filled by early Sunday morning, and crews hope to get the water back on by Monday.

They are expected to test the water quality sometime Sunday afternoon.

To file a damage claim with LADWP, visit

. Those affected by the water main break can call (800) DIAL-DWP for more information.