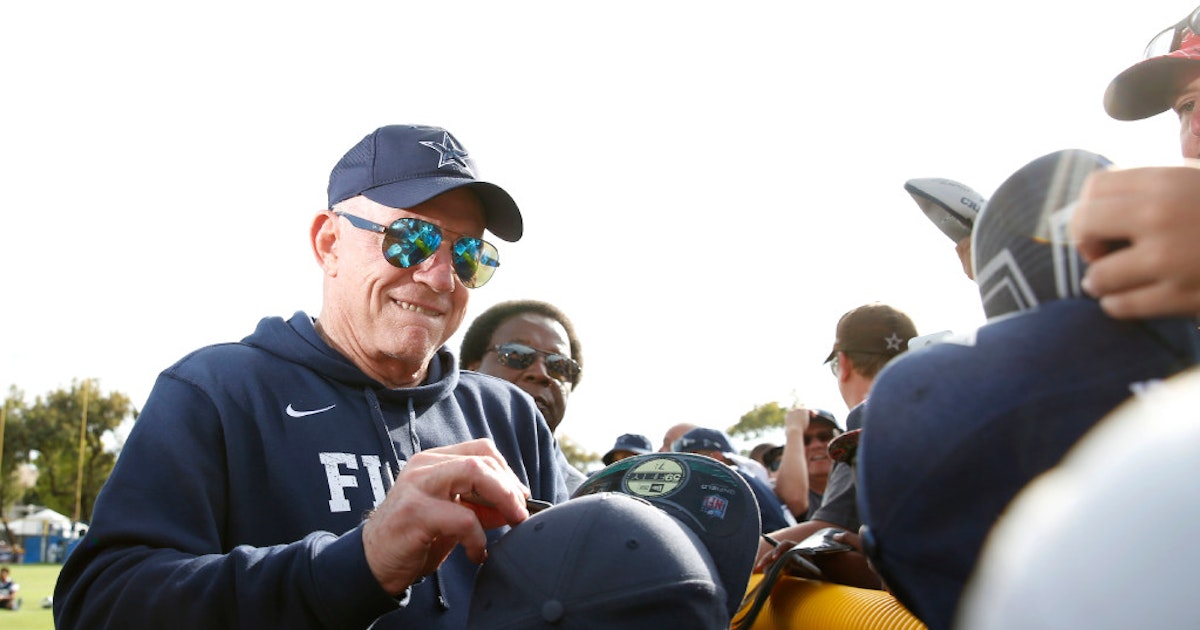 Dallas Cowboys owner Jerry Jones joined 105.3 The Fan [KRLD-FM] on Friday for his weekly radio appearance to talk all things NFL playoffs ahead of his team’s game against the Los Angeles Rams. Here are some highlights:

Is there a chance Los Angeles turns into a home-field advantage for Dallas? What percentage of fans will be Cowboys fans?

Jones: “I have no way to judge that. All I know is, man, we’ve got a lot of fans in California by every way you measure it. We have a lot of support there. We have a lot of support right in this area. … So, you think about the depth of that support, and you guys have been at training camp. You see what we’ve got there. It’s such support that they come to Dallas to watch games. We have a large contingency of fans that come from Southern California to watch the Cowboys play in Dallas.”

Have the Cowboys figured out some of their road game woes?

Jones: “I think that logically everyone has a problem on the road. … But the bottom line is it should be tough playing on the road. There’s a lot of reasons for that. First of all, you don’t have the benefit of a great home crowd when you aren’t at home. So, that’s a setback right there. But the big thing is this Coliseum, I don’t think will be quite the disadvantage of playing in a dome stadium, which we do play in if we go to play the Saints. So, I think that alone gives us a good situation relative to the location of where we’re playing.”

Is part of you still an Eagles fan this week in hopes of hostin an NFC Championship game?

Jones: “Yeah, ironically, that’s just the way it works. We rooted for them the other night and they pulled it off. We got a lot of work to do before this becomes something to think about. But it certainly would give you a good spot for the Eagles there if they could do it down there in New Orleans under the right kind of circumstances. On a personal basis, the New Orleans crew, Sean [Payton], everyone that’s involved there, Mickey Loomis, actually the ownership down there, I’m pretty friendly about. So, I have a little feeling about Louisiana even. So, all of that comes with this. If we beat the Rams, I’d rather have that game in Dallas, and Philadelphia has to do it for us.”