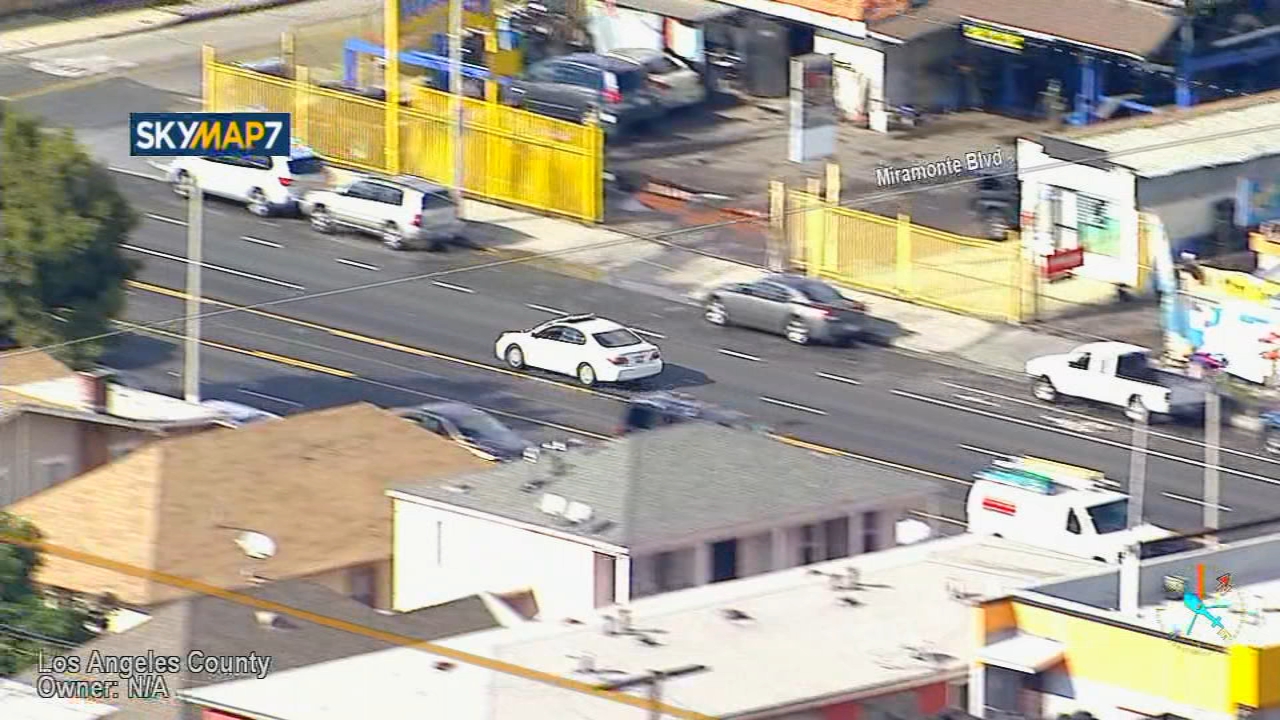 A man suspected of assault with a deadly weapon led police on a high-speed chase through Los Angeles on Saturday afternoon even as his car’s raised front hood obscured his view of the roadway.

About 12:45 p.m., the pursuit made its way eastbound on the 134 Freeway near Griffith Park when the driver transitioned onto the southbound 5 Freeway.

With the white Lexus sedan’s hood blocking the windshield, the chase continued on to the southbound 110 and 101 freeways before exiting onto surface streets in Boyle Heights.

Multiple LAPD cruisers joined the chase when the driver pulled into a gated parking lot in South L.A. He got out of the Lexus, took off his sweatshirt and T-shirt, and raised his hands in the air.

A woman ran toward him and embraced him, shielding the suspect from the arriving officers. A man then approached the driver and locked arms with him.

The man and woman escorted the suspect toward the officers, whose guns were drawn. The suspect dropped to his knees and was taken into custody without incident.