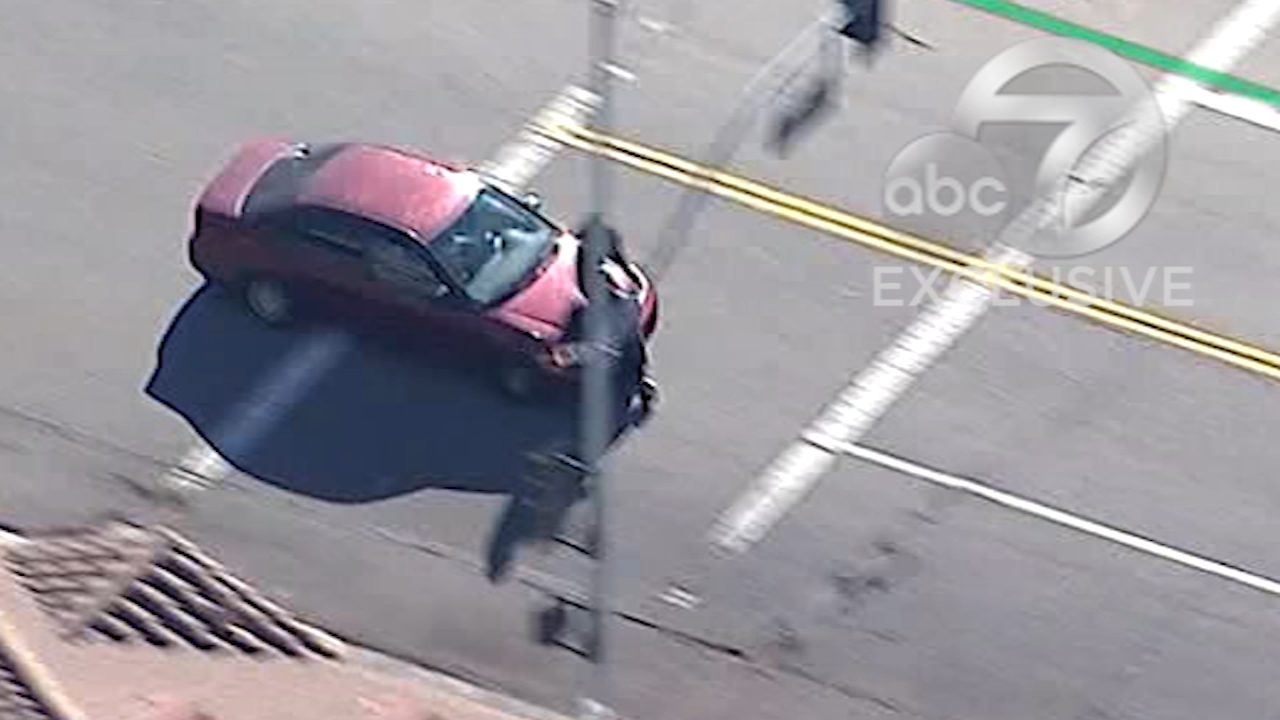 A chase suspect was taken into custody after running over a scooter rider during a chase that stretched from L.A. to San Diego County Thursday.

Culver City police chased the suspect, who authorities said failed to yield, on Washington Boulevard. The red, older-model Honda Civic had a cracked windshield and a hole in the rear window.

Authorities initially reported that the vehicle may have been stolen but later said it was not.

At one point near the 7800 block of W. Manchester Avenue in Playa del Rey, the suspect struck a pedestrian who was on a scooter and ran over the man. The suspect never stopped and continued driving.

Authorities said the victim’s injuries were not life-threatening.

Eventually the suspect made it into Inglewood, passing red lights and intersections while traveling at moderate speeds.

While driving on La Tijera Boulevard, a police cruiser attempted a PIT maneuver that sent the vehicle spinning. The suspect, who ended up facing the other direction, paused for a moment and then turned around to continue fleeing from police.

Soon after, on Westchester Parkway, another PIT maneuver was done, but the suspect managed to turn around and flee again.

Moments later, a stronger PIT maneuver was attempted, but the driver fled again despite being partially boxed in. During that fourth attempt, the vehicle’s bumper fell off and the suspect fled at high speeds.

The suspect then led authorities onto the southbound 405 Freeway near Marina del Rey. The chase continued on the southbound freeway through Long Beach into Orange County.

Authorities and the suspect merged onto the southbound 5 Freeway near San Juan Capistrano around 1 p.m. – two hours after the chase started.

The suspect eventually pulled over on the southbound 5 Freeway near Camp Pendleton in San Diego County around 1:30 p.m. Officers surrounded the car with their weapons drawn as the standoff continued.

Shortly after 2 p.m., the suspect opened the car door, at which point, officers swarmed the vehicle and took the suspect into custody.