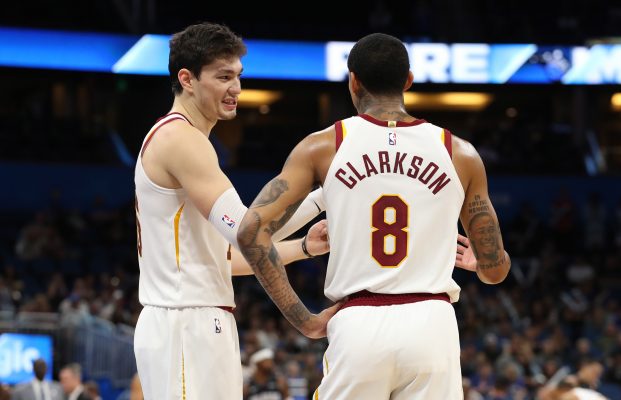 With the Cleveland Cavaliers in rebuilding mode, trading options are constantly being considered. One possibility for a deal could come with the Los Angeles Clippers, who are reportedly looking at wing players to get them back on track for a potential playoff run.

Colton Jones of AmicoHooops.net reported that former Cavaliers head coach Tyronn Lue is likely offering insight on Cavs wing players who might make for good fits with the Clippers:

“NBA sources told Amico Hoops recently that the Clippers (19-13), who have struggled in December after getting off to a quick start out of the gate, are interested in the Cavs’ Cedi Osman and expressed such interest.

“Along those lines, Cleveland’s Rodney Hood would seem to be just the type of player whom the Clippers crave.

“The 6-foot-8 southpaw is averaging 12.9 points per game, is playing on an expiring, $3.4 million contract and with Los Angeles not wanting to take on new money, could be just the guy Los Angeles wants and needs.”

Lue has been serving as something of an unofficial assistant coach to Los Angeles head coach Doc Rivers, a close friend.

One other player that could be in the mix is guard Jordan Clarkson, who’s averaging 16.9 points per game. However, Jones pointed out a current drawback for any team acquiring Clarkson:

“Clarkson is under contract for $12.5 million this season and $13.4 million next season, meaning he will be far more attractive to suitors a year from now when he is playing on an expiring contract, as Hood is this season.”

The NBA trade deadline doesn’t come until February, so there’s still plenty of time for the Cavaliers to look at this and other deals. They enter Sunday night’s game with an 8-25 record.