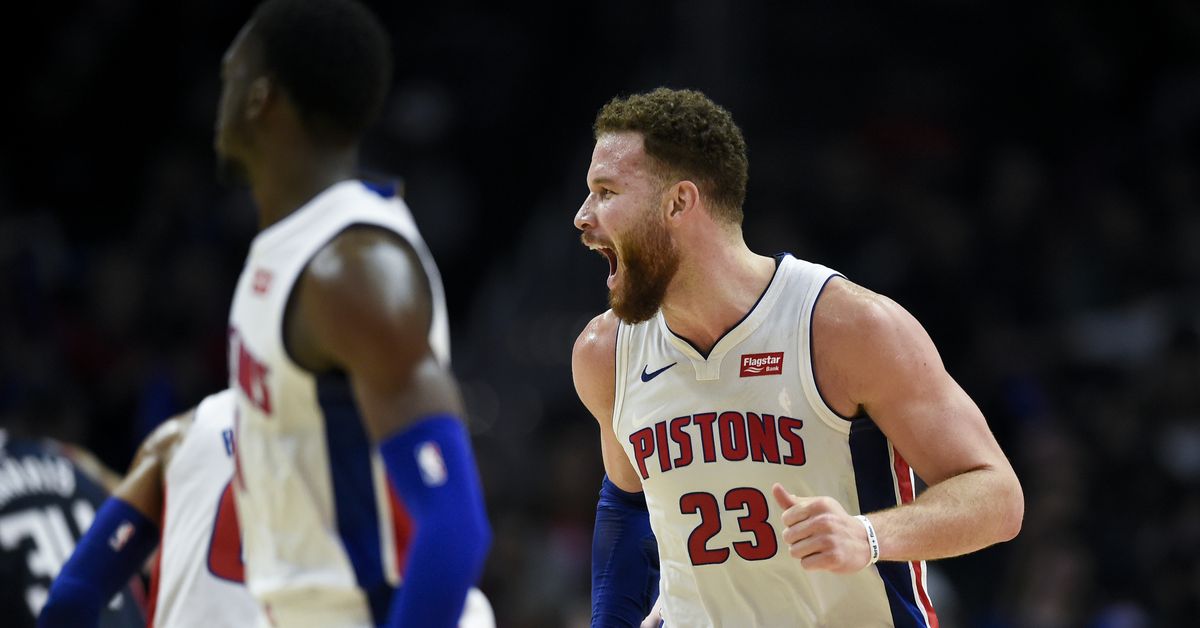 Blake Griffin’s first return to Los Angeles was filled with anger and in-game domination for the team’s former superstar, who was blindsided by a trade nearly a year ago. Griffin’s strange homecoming started pregame when he zoomed past Clippers owner Steve Ballmer, who was trying to shake his hand, and it ended in a tense postgame discussion with the media about it.

Griffin let the bulk of his aggression out on the court, though, where he scored 44 points to beat the Clippers, 109-104. He threw down flashy dunks and demanded isolation in the post. He was clearly trying to make a statement through his play rather than his words.

Griffin’s statements following his blockbuster trade to Detroit have expressed disappointment, but no beef has become public between him, management or anyone in L.A. Yet his return left a lot to be desired.

He claimed not to have ignored Ballmer’s handshake, countering that his pregame routine is to dart straight to the locker room after shooting, and that stays consistent no matter what. It was an easy cop-out in lieu of answering the tougher questions on his fallout with the Clippers. When pressed if he would’ve shaken Ballmer’s hand in any other circumstance, he responded, “I’m not here to answer hypothetical questions, to be honest.”

Griffin’s postgame interview claimed the spotlight of his return

Here’s what transpired between Griffin and Ballmer:

It’s tough to tell what exactly went on, but it’s difficult to believe Griffin didn’t see him at all. Ballmer even called his name.

Griffin: As soon as I’m done doing my pregame shooting, I make sure there’s a path and I take off to the locker room running and I don’t stop running. So a lot of you know that. A lot of you have been here for a long time and have seen me do that before. I don’t change that for anybody. To tweet out something like that was kinda bullshit because you know that. But that’s what it was plain and simple. It wasn’t anything planned. Every single game I’ve done this for I don’t know how long.

After he answered on the specifics of the incident, Griffin all but confirmed his frustration with a non-answer. A reporter asked if he’d have shaken Ballmer’s hand outside of his pregame routine, and he responded that he wasn’t there to take hypotheticals.

Griffin played angry, and it worked

Aside from the off-court drama, Griffin was brilliant. His 44 points came on 23 shots with eight rebounds and five assists. He was calling for iso-plays, and was very blatantly attacking the basket. A classic “This is just another game but really it isn’t” type of display.

And scored 26 points in the first half alone from inside and out.

But of course, the clock didn’t strike zero without a scuffle. On the final rebound of the game, Griffin charged downcourt for a play that didn’t matter, and it appeared like he’d try to dunk. Patrick Beverley was having none of that, and the two had to be separated.

Griffin’s return proved two things: He’s still very good at basketball still, and things between him and the Clippers aren’t cool. He’s just not ready to elaborate on the latter.