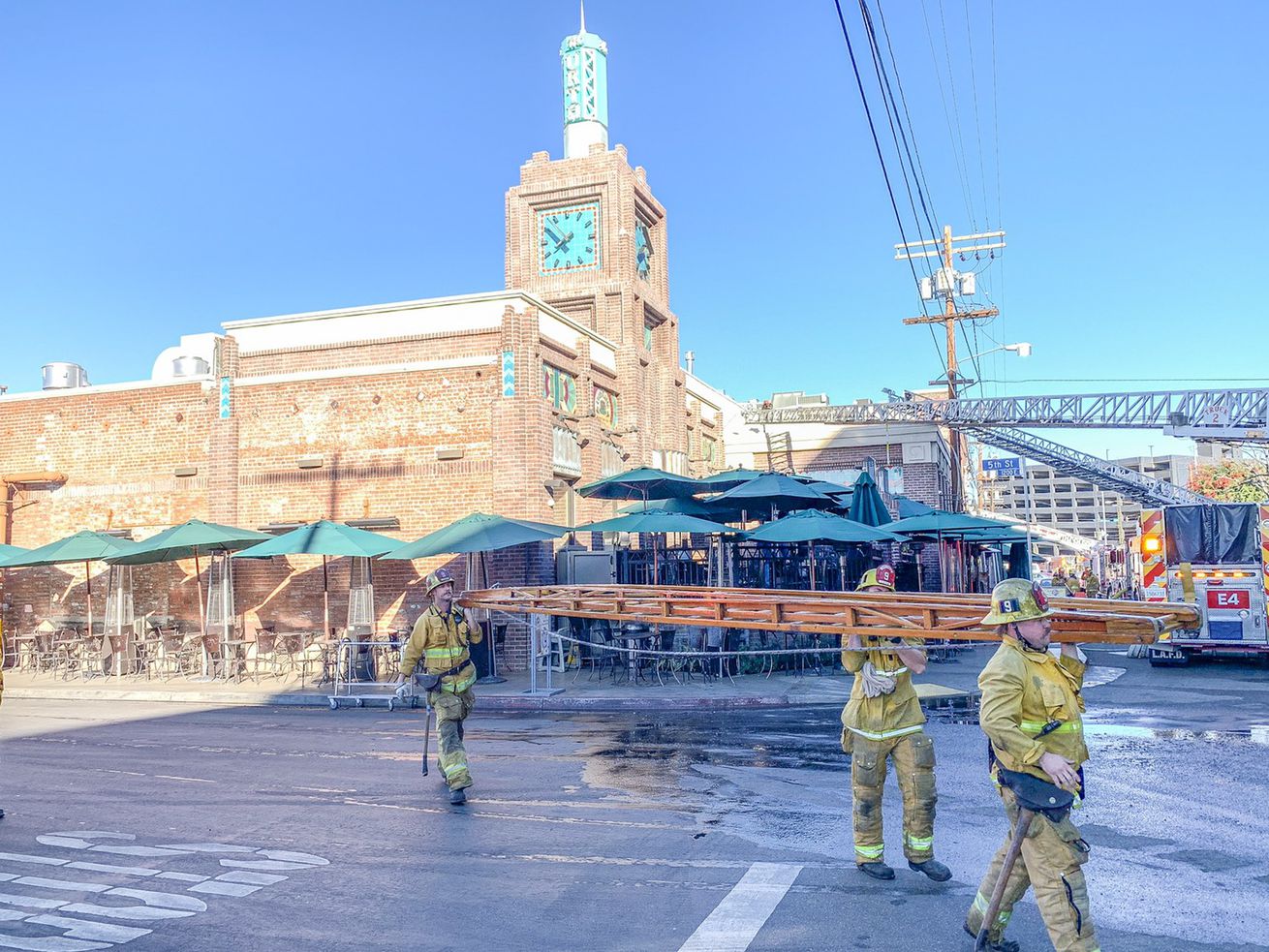 The ten-year-old restaurant is still standing, but is heavily damaged

An early morning fire devastated longtime Arts District restaurant Urth Caffe. The corner space on Hewitt Street started kicking up smoke in the pre-dawn hours, and nearly 100 firefighters responded to the growing blaze before it was fully extinguished.

Video footage posted by the Los Angeles Fire Department shows firefighters using the roof to get an angle on the fire, which had burned through the attic. LAist says the cause of the fire is still under investigation, and that no one was injured.

The Los Angeles Times reported the fire as having started in the kitchen of the restaurant, though it was unclear exactly how. The building itself was not knocked down though the dining area appeared to suffer a large amount of smoke and water damage. An LAFD spokesperson described the incident as a “well-involved fire,” noting that the flames momentarily threatened the adjacent buildings. The recently-opened Simone sits on the same block but was unaffected.

Urth Caffe has for years been one of the busiest restaurants in the Arts District, even as dozens of new places to eat continue to populate the mixed-use neighborhood. The cafe first opened in the area back in 2008, and continues to grow with outlets in Pasadena, West Hollywood, Laguna Beach, and even Hawthorne. Just yesterday the company hinted at a new location coming to the San Fernando Valley as well.

The restaurant’s unfortunate fire is just the latest kitchen blaze to hit the city of Los Angeles. Downtown’s Rossoblu only recently returned from a months-long hiatus following a fire in their kitchen hood, while Wabi Venice on the Westside remains closed from an electrical fire earlier this month. Eater reached out to reps for Urth Caffe for a statement, but so far has not received word back.