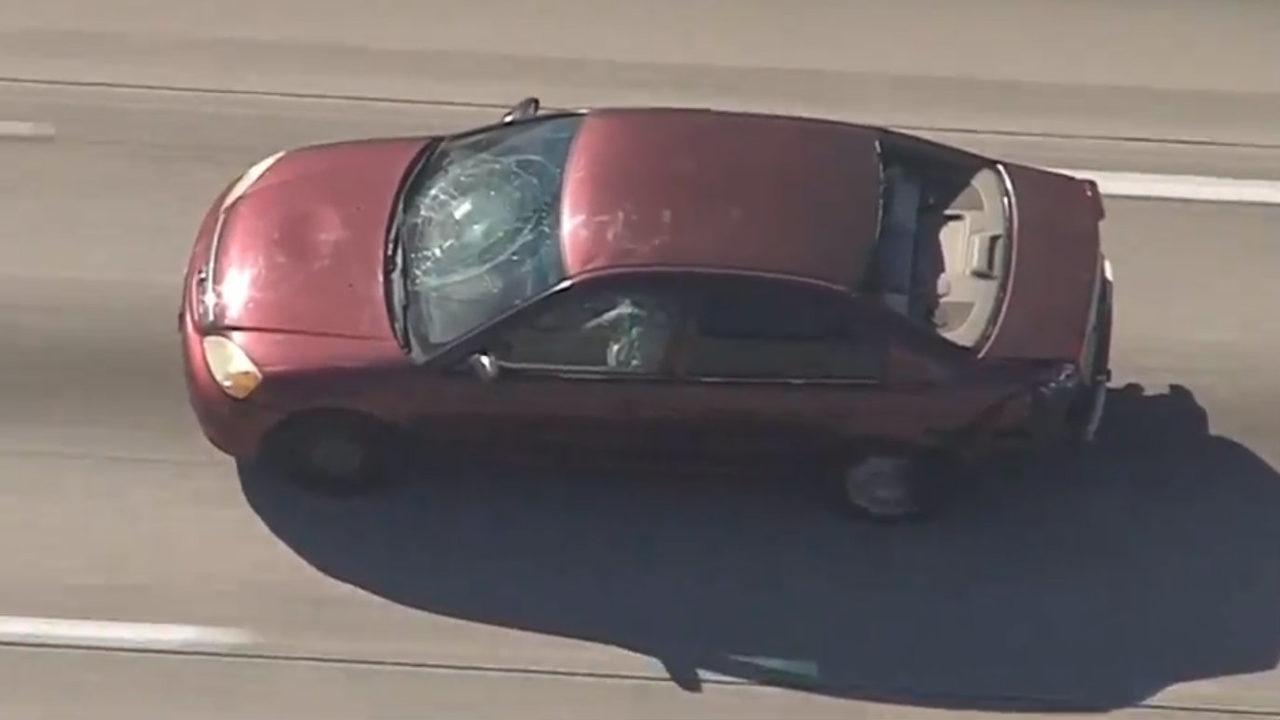 LOS ANGELES – Police in Los Angeles are involved in a chase after a pedestrian was struck by a car, according to authorities.

You can watch the chase live in the stream posted above.

Authorities said they know who the driver is, but they aren’t yet releasing his identity. He is an Army veteran who suffers from post-traumatic stress disorder and a convicted felon, according to Los Angeles officials.

Police said a pedestrian on a scooter was struck during the chase. The driver of the vehicle is wanted in connection with a failure to yield violation and a hit-and-run, according to police.

Officers have attempted multiple PIT maneuvers to stop the vehicle, but they were unsuccessful, according to officials.

California Highway Patrol officials tried to deploy spike strips three times — all more than two hours into the chase – but the car swerved around them, police said. During the third attempt, officials used two spike strips, one from each shoulder of the highway, and the right, rear tire was impacted.

The car’s left, rear tire appears to be damaged. The windshield is cracked, and there is also damage to the rear of the car.

California Highway Patrol took over the chase from the Los Angeles Police Department.

The chase has gone through at least three counties in Southern California, according to authorities.

Here is a look at the driver of the fleeing vehicle.