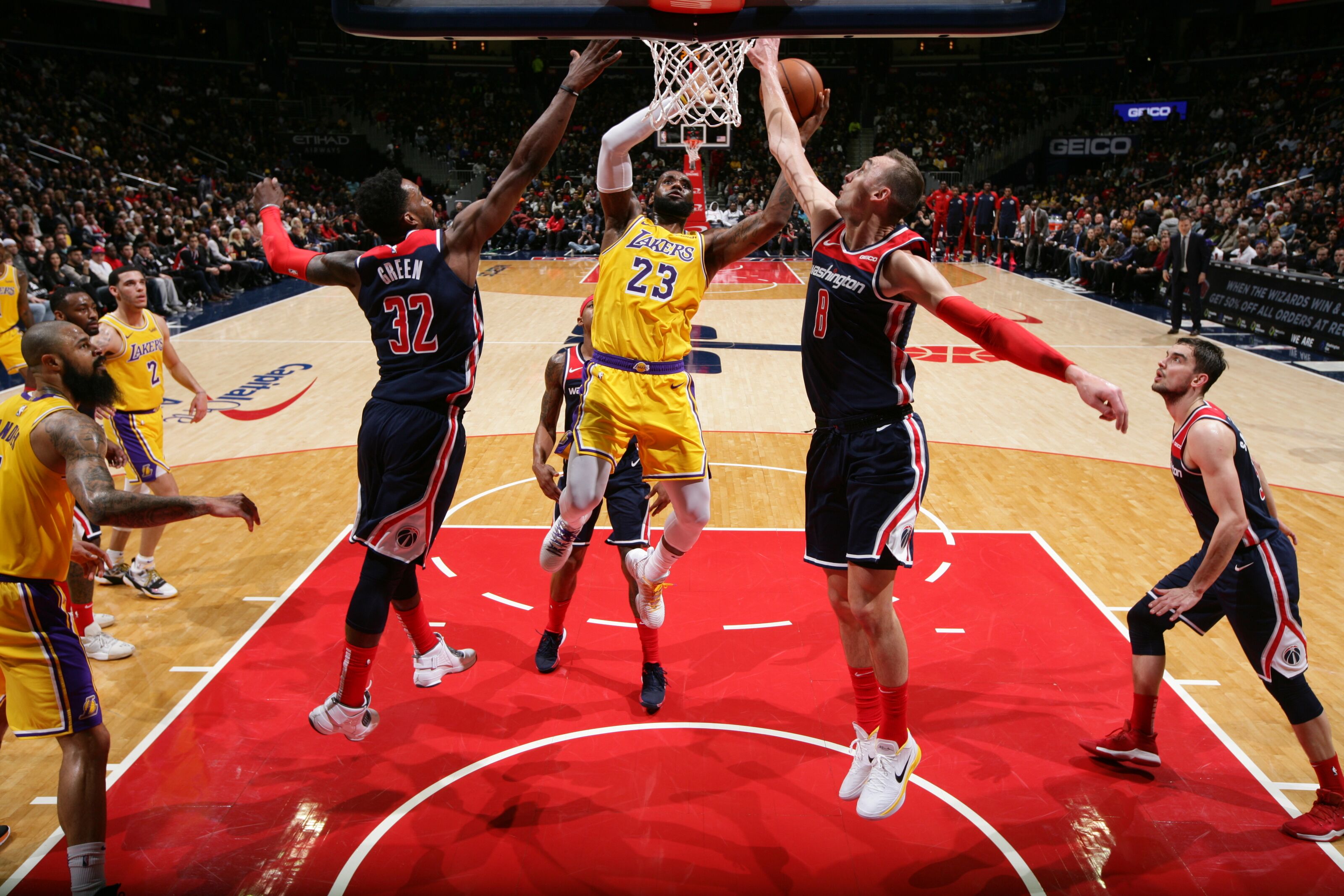 Are the Los Angeles Lakers being treated fairly by the referees? We check it out and take a look at some numbers.

It’s been a common theme so far this year to see a Los Angeles Lakers’ player take the ball to the rack, draw contact, and not get a foul call. Let’s look at the numbers and see if the Lakers are being treated fairly or if Mark Cuban decided to bribe every NBA official to stop calling fouls against Lakers opponents (I’m kidding of course. Maybe.).

The Lakers currently sit at 19th place in the NBA in free throw Attempts at 22.8 per game. On the surface, this number is gross but in actuality, it’s worse than you think. The Lakers play at the 3rd fastest pace in the NBA and are 9th in field goal attempts per game at 90.7.

To briefly sum up: The Lakers play at the 3rd fastest pace in the league, are 2nd in the league in shots attempts within 3-feet of the basket, but are 19th in the NBA in free throw attempts.

Let’s look at some of the Lakers players to further analyze the Lakers free throw situation.

Lonzo Ball averages three layup or dunk attempts per game while averaging less than one FTA per game.

LeBron, Kuzma, Ball, and McGee average 22 shot attempts within 3-feet of the basket per game, but only attempt 13 combined free throws per game. Does that seem fair? NO. No, it doesn’t seem fair at all.

Who knows. Maybe the Lakers have too many young players (Hart, Ball, Kuzma, and Ingram) on the team and too many players who have a bad reputation (McGee, Michael Beasley, Rajon Rondo, and Lance Stephenson) with the refs.

We always hear how young players or “certain types” of players don’t get the same foul calls that All-Stars receive. As every game passes, it’s becoming clearer that the Lakers don’t get many of the whistles they deserve and that’s not just my opinion that what the stats say as well.

I hope as the season goes on everything averages out and the Lakers start getting more calls in the paint. It’s up to the refs, though.