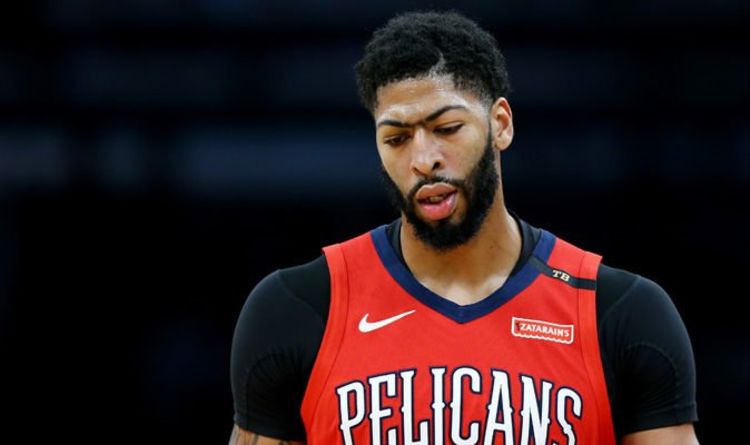 Davis has 18 months remaining on his New Orleans Pelicans contract so it will take a big offer to prise him away.

Los Angeles Lakers have made the power forward their No 1 target this summer as they look to bolster their ranks around LeBron James.

But the Celtics are preparing to steal a march on their rivals with a strong proposal of their own.

That is according to Wojnarowski, who has revealed what assets the Celtics could offer to try and strike a deal.

“Boston has been hawking Anthony Davis for years,” Wojnarowski said.

“They always hoped that it would be, Whether it’s the end of this season or the beginning of next before the trade deadline.

“They would gather up all those assets, all those picks Danny Ainge has, young players, and they’d be the team to be able to get Anthony Davis.

“But now you have LA, and if they get shut out in free agency, they’re going to have to take all their young players to try to use them to get Anthony Davis.

“Here’s the line they have to walk: they’re not going to give away picks and their top young players in some deal that makes them incrementally better this season because they have to save all those assets for Anthony Davis, a big trade this summer either pre or post free agency.”

Meanwhile, the Bleacher Report claim the Lakers are willing to use Brandon Ingram as part of their negotiations for Davis.

“The Lakers are in win-now mode,” an NBA player agent told Bleacher Report.

“Everything is on the table to appease LeBron.

“They’re going to make moves to bring in vets who fit around [James].

“I think they wait until the summer to look into a big move involving a player like Ingram.

“That gives them more time to get the best deal [for Davis].”