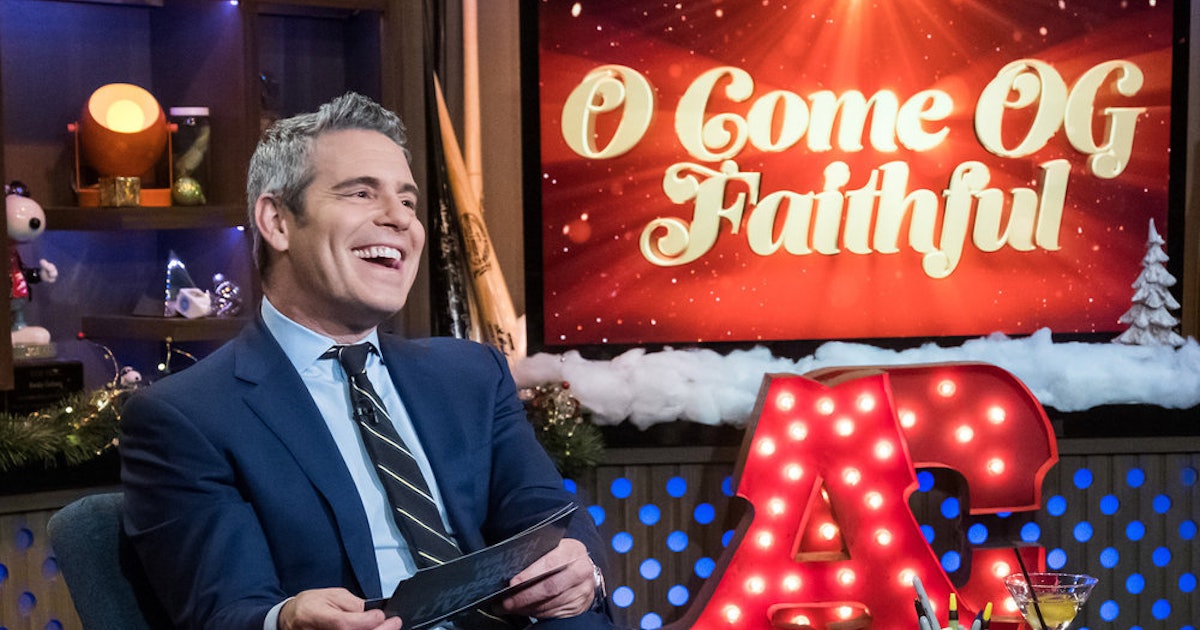 Most people prepare for a new baby by reading some parenting tips or decorating a nursery. However, Andy Cohen is not most people. Sure, he’s doing those things, but he also has some unique baby preparations. Andy Cohen will tape Watch What Happens Live in Los Angeles as he gets ready for the birth of his firstborn child. He announced the news in a recent interview with People, and the show will tape in California for a month starting on Jan. 14.

In a statement to People, Cohen declared, “Moving the Clubhouse to L.A. is a win all the way around.” He later explained, “There will be great guests, great energy and I can make a 9 p.m. dinner reservation after we get off the air!” This isn’t the first time the show has moved from New York City to Los Angeles — it will actually be the third. However, the first two times had a large audience and giant stage. This time around, the California show will tape in front of a smaller audience, just like the one Cohen has in New York.

This all comes on the heels of Cohen’s surprising baby announcement that he made during the Dec. 20 episode of Watch What Happens Live. During that episode, he told his fans, “Tonight, I want you to be the first to know that after many years of careful deliberation, a fair amount of prayers and the benefit of science, if all goes according to plan, in about six weeks time I’m going to become a father.”

Cohen explained, “Family means everything to me and having one of my own is something that I have wanted in my heart for my entire life. Though it’s taken me longer than most to get there, I cannot wait for what I envision will be the most rewarding chapter yet.”

Fittingly enough, Cohen dropped this major news while he was in the company of OG Housewives Vicki Gunvalson, Ramona Singer, Teresa Giudice, NeNe Leakes, and Kyle Richards for a special holiday episode.

On CNN’s live New Year’s Eve show, Cohen announced his baby’s sex. According to People, he told the viewers, “This is the biggest year for me.” He also announced, “It’s a boy. It’s a boy.” The talk show host added, “It’s a boy and I got to tell you something, I cannot wait to meet this boy.”

During the New Year’s Eve show, Cohen confessed, “When I was growing up and when we were growing up … I just never thought it would be possible as a gay man to grow up and have a family.” He concluded, “And here we are in 2018, almost [2019], and anything’s possible. And I’m so grateful to a wonderful surrogate that I’m working with.”

Now it’s 2019 and Cohen is very close to making his lifelong dream a reality. He is about to be a father and he’s making big moves for his show Watch What Happens Live. If anyone is living his best life, it really is Andy Cohen.