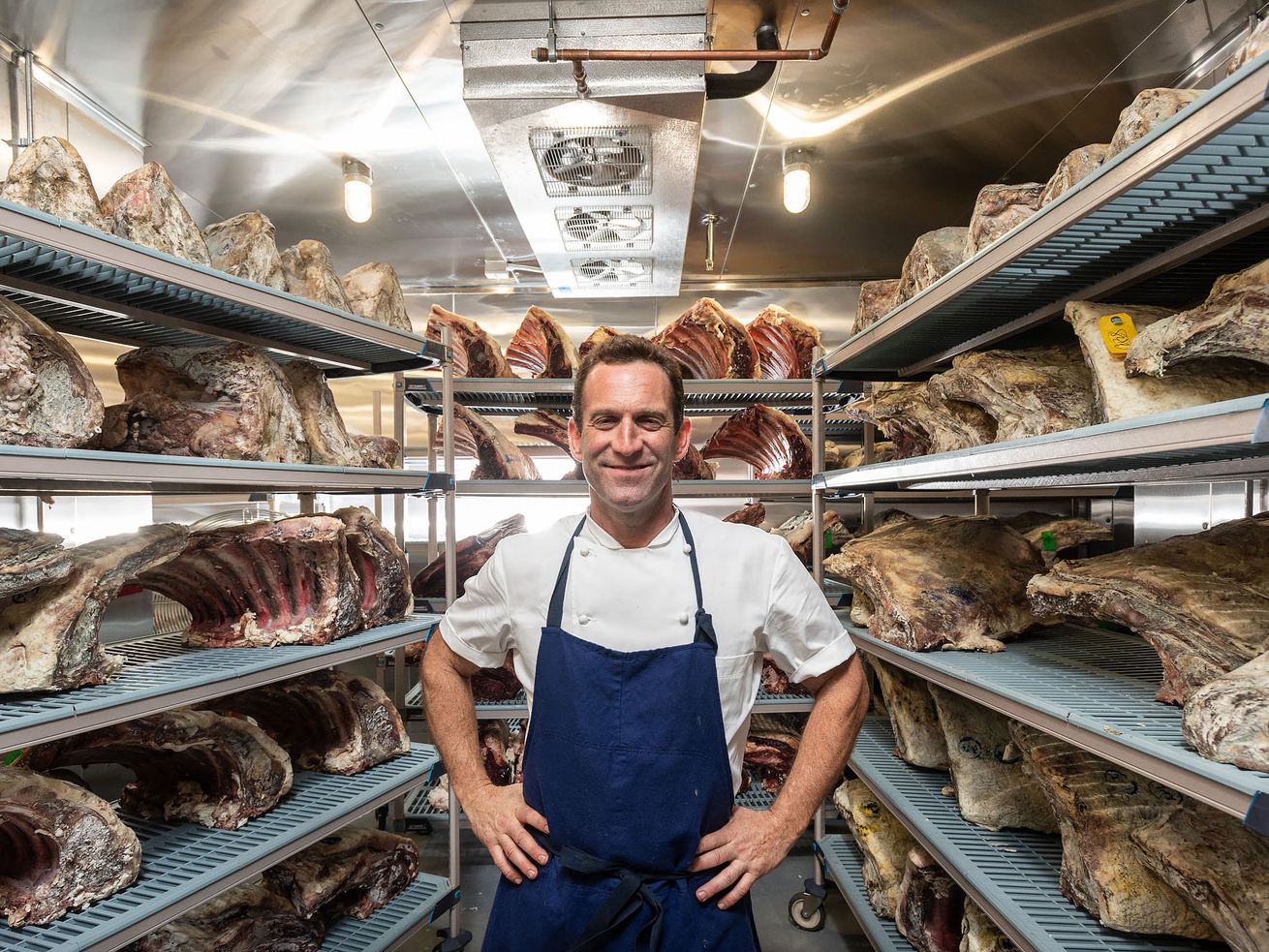 Plus closures and a big opening in Downtown

The oldest on the block

Adam Perry Lang’s namesake Hollywood steakhouse APL is doing something rather funky as of today: It’s selling year-old dry-aged bone-in New York strip steaks, easily the oldest steak cuts available anywhere in the city. Lang has built a standalone steak aging room in the basement of his restaurant, right underneath the Hollywood Walk of Fame, and now that the place has celebrated its first anniversary some of the choicest cuts are being put up for sale. The strip, which actually ages out to over a year old (around 380 days) won’t be cheap though; expect a $150 price tag. The steaks are available starting today until they run out.

The Flats in Beverly Hills has closed. The long-gestating flatbread pizza spot on Wilshire has an eviction notice taped to the door, reports a tipster.

So too has Crossroads shuttered in South Pasadena. The five-year-old restaurant left a note in the window thanking friends and fans for all their support, with an added note to “look for a new venture opening in the late spring” in the same space.

Downtown project the Manufactory is getting excitingly close to its debut arrival, but in the meantime eager fans can head down to the Row development now for a microcosm of what’s to come. The company has opened its takeaway window to sell some coffee and pastry and ice cream options, with more menu items — including that famed Tartine bread — to come soon.

Dining with the queen

Fans of Oprah in Pasadena got a chance to dine with the daytime queen herself the other night, reports ABC7. The celebrity television personality brought over 200 pounds of produce from her own Maui farm to serve it as part of a multi-course meal at True Food Kitchen.

Pasadena’s Meat District Co. has a new menu to go along with its relatively new ownership. The big, beefy company is leaning into its name with offerings like a half-pound black label burger and an MBD platter that feeds six and comes with a full rack of spare ribs, plus beef ribs, cheddar and bacon pork sausage, a 12-ounce ribeye, some filet mignon, chicken, and more.

Fairfax’s Coffee Coffee is switching things up, bringing on the one-woman breakfast sandwich Calabama team to overhaul the day-to-day food menu and add a full brunch service. Expect some tweaks and nip and tucks inside, and a whole lot more eggs in the weeks to come.

The time has finally come! When I took over Coffee Coffee a few years ago I had plans for a remodel/re-opening but life had other plans . It’s been a great ride so far, some bumps along the way but overall a great learning experience. We love being able to serve everyone some of the best coffee in the area without the pretentious coffee vibes. This has been an open space welcoming all people from all over the world. We have such loyal customers who really go out of their way to support the shop. We appreciate each and every one of you. We will be closing after our normal close of business on January 26th and re-opening on February 2nd. We have some great changes coming especially the addition of a pop-up residency by @calabama with a food menu daily and a rotating brunch menu on weekends. Many of you already know her and show up here on Saturday’s rain or shine to get her breakfast sandwich. She will be doing what she does here on a daily basis, which is serving y’all some southern Please spread the word, tell a friend, a family member a random stranger I don’t care just tell someone . We are giving free coffee all day plus showcasing the new menu items available. Looking forward to this new year with new changes. Please follow our page for updates along the way. ❤️ #coffeecoffeela #fairfax #melrose #weho #eaterla #foodandwine #saveurmag #weekendbrunch #thirdwave #barista #reopening