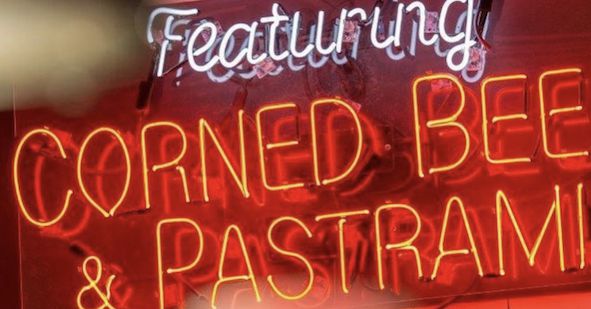 A new independently-owned delicatessen is coming to a sleepy section of Mid-Wilshire. Eleven City Diner LA has all the characteristics of an old-school deli and diner, and will serve traditional deli food blocks away from a cluster of corporate-owned restaurants. The owner took over the shuttered Express Restaurant & Club in 2016, and will open the first week of January.

Diner/delis don’t open very often in Los Angeles, especially in a rather large 6,000 square feet space. Eleven City Diner will roast its own meats, serve locally made pies, and source braided challah from one of LA’s best bread makers. Owner Bradley Rubin can’t publicly announce all of his vendors yet, but a crucial element to his 6,000 square foot delicatessen hails from the Bagel Broker.

Rubin owns Eleven City Diner in Chicago, but avoids any discussion around the Midwest location. But he maintains deep roots there and in Los Angeles. Rubin got his start at age 17 working for famed restaurateur Arnie Morton at Arnie’s, then at various hospitality jobs, and motorcycled across 50 states perusing local delis.

Rubin took over the space in a 88-year-old Art Deco building in 2016. He described the two-year exchange, “as a very challenging experience with the landlord.” Eleven City Diner is within walking distance from the forthcoming Wilshire/La Brea Metro, and blocks away from the chain restaurant-heavy block with Einstein’s Bros Bagels, Chipotle, and Five Guys.

“I grew up going to the corner deli, diner, family restaurant that was everywhere,” says Rubin. “There are amazing families in LA that still do it like the Langer’s family. That is the diner/deli. I can only pray or hope to the delicatessen gods that I do a sliver of what they’re all about.”