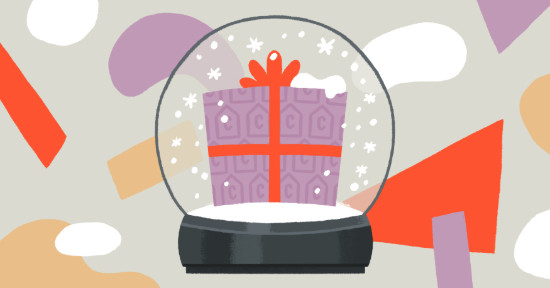 Is it snowing in the North Pole? The Christmas tree is lit atop the Capitol Records Building, but it’s still warm and sunny in Los Angeles.

We’ve been a very good city this year. We started building emergency shelters for homeless residents; we legalized the popular and long-held tradition of street vending; and we celebrated the 100th anniversary of the LA Phil with the best CicLAvia yet.

Dedicated lanes for buses: Too many Angelenos turn up their noses at the bus, but they’re missing out, because it’s one of the most enjoyable ways to get around. In their defense, however, the bus is inordinately slow—and dedicated lanes would be a practical, cheap solution.

Allow new versions of bungalow courts: They’re one of the most charming and dignified forms of housing in Los Angeles, but they’re in danger of going extinct.

More tolls on driving—and free public transit: Metro CEO Phil Washington floated the idea for congestion pricing this month. If done right, it could dramatically shift how Angelenos get around—for the better.

Reopen the Warner Hollywood Theatre: The once-grand movie palace is one of the most beautiful buildings in Los Angeles, and it’s completely boarded up.

More scramble crosswalks and signal priority for pedestrians: Crossing the street diagonally is inexplicably fun. And it’s safer for everyone, even drivers.

Get rid of parking minimums: Parking lots and garages only encourage Angelenos to use their cars, and it makes the cost of building housing more expensive. Plus, they eat up a lot of land. Hey, San Francisco did it.

P.S. There’s a box of Randy’s donuts on the first “O” of the Hollywood Sign. While you’re up there, maybe you can work a Christmas miracle on the Beachwood gate too.