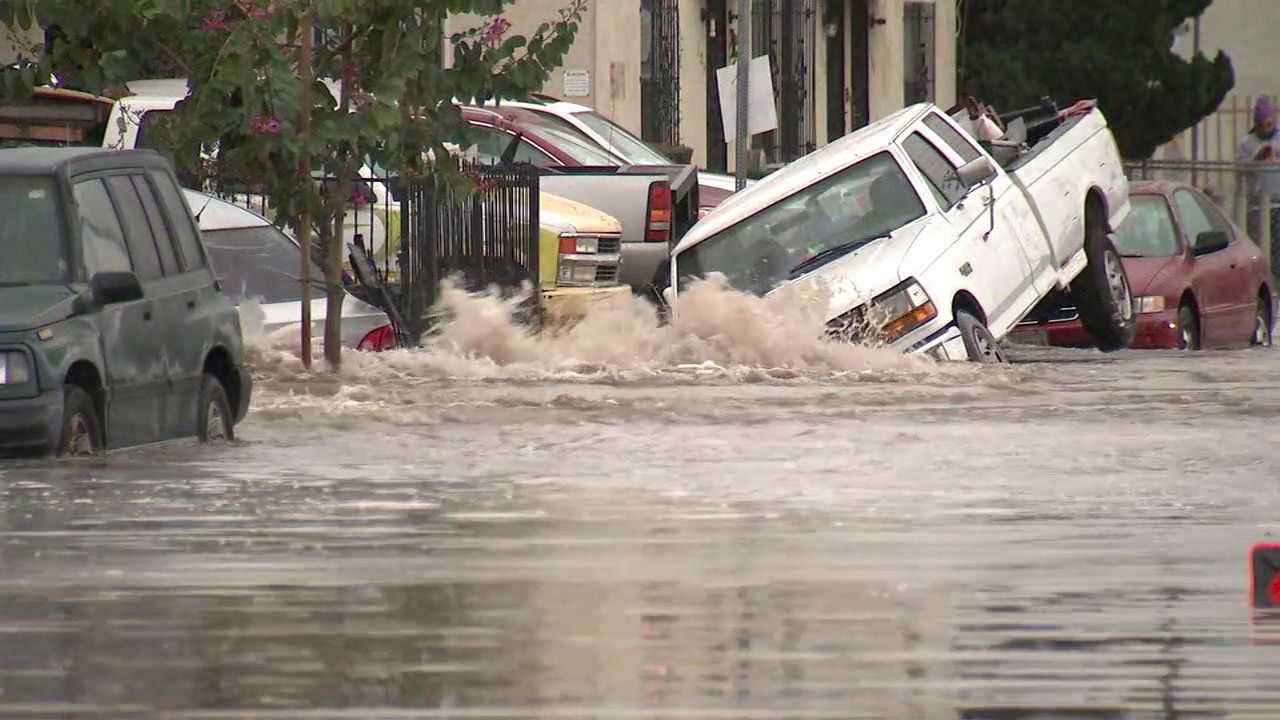 A South Los Angeles street turned into a lake Friday, with tens of thousands of gallons of water engulfing the neighborhood after a 24-inch pipe burst.

At least three vehicles were dragged into a sinkhole.

The Los Angeles Department of Water and Power said the cast iron water main broke around 5 a.m. near Towne Avenue and East 55th Street. Crews worked to shut off the water and assess the damage.

Footage from AIR7 HD showed a vehicle sinking into the ground as water gushed from the break and appeared to flood homes near the epicenter of the break.

Water poured out of the hole for hours, leaving water knee-high in some areas. After it receded, a muddy mess was left behind.

Residents in the area said they’d noticed water in the area for several days and called LADWP. But officials said that was not related to the busted pipe.

“We can’t shut it down fast. On this shutoff, there’s 12 valves involved. You just can’t shut it down completely. You have to keep some water in the system. It’s just a slow process,” said Eric Shavly from LADWP. “Whatever the cause, it could be corrosion, age – we don’t know at this moment until we dig down and see the actual damage on the water main.”

The pickup truck that fell into the sinkhole also cracked a gas line. Now that they have stopped the gas and water, officials have to replace the pipe.

It was unclear how many customers were affected or for how long they would be without water once it was shut off. The cause of the water main break has not been determined.