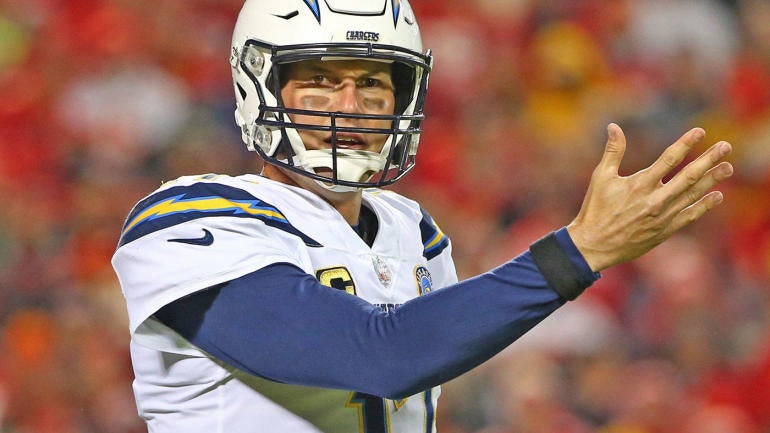 The Chargers tied the Chiefs for the best record in the AFC but Kansas City won the tiebreaker and instead of getting a first-round bye L.A. had to travel for Wild Card Weekend. They handled the Ravens before getting their doors blown off by the Patriots in the divisional round, and you’re left wondering if this team is cursed once the calendar flips to January. But maybe a solid draft is all the Chargers need to finally get Philip Rivers to the promised land.

Here’s what you need to know about the Los Angeles Chargers and the 2019 NFL Draft.

The Chargers have all their 2019 selections.

The Chargers remain an enigma in that they’re a good team that always comes up short in the playoffs. They have a Hall of Fame quarterback in Rivers but we’re still having the “Is Eli better than Philip?!” conversations because Rivers and the Chargers can’t get to the Super Bowl. This season was more of the same; L.A. got hot late in the season, parlayed that into an inspiring wild-card victory over the upstart Ravens, and then flamed out in spectacular fashion against the Patriots.

Rivers may be 36 years old, but he plays exactly the same way he did when he took over the starting job from Drew Brees in 2006. Which means he can play for another five years. The offensive line was great in the running game but closer to replacement level in pass protection, and the unit could stand an infusion of young talent. Rivers could also use another downfield threat, and the team may want to consider adding more depth at tight end, even with Hunter Henry’s return, because it’s unclear if Antonio Gates will, in fact, play forever.

On defense, the conversation starts with Joey Bosa and Melvin Ingram. Add another playmaker to the defensive line and the group becomes almost unblockable. Linebacker, a position beset by injuries in 2018, is also a need, as is adding game-changers in the secondary.

Could adding a few key pieces be what finally gets Rivers and the Chargers to the Super Bowl? It feels like we have this conversation every offseason.

Simmons regularly requires double-teams and even then is hard to stop. He has a non-stop motor and that, coupled with linebacker-like sideline-to-sideline mobility, means he’s never out of a play. He routinely splits blockers on stretch plays to make tackles in backfield, and he has the ability to disengage from blocks to make tackles too. One of the best athletes in the draft, Simmons is adept against the run and the pass who is best described as a disruptive backfield presence.

Lindstrom, who has strong hands and is nimble for his size, shows good footwork to manipulate defenders in the running game. He’s also proficient on combo-blocks and easily gets to second level.

White is one of the most dynamic players in the draft. He’s a sideline-to-sideline thumper who would immediately solidify the middle of the defense, making life easier for both the front four and the secondary. White is sometimes a split-second slow to diagnose what’s happening in front of him but has the first-step athleticism to make up for it.

Greedy Williams is the best athlete in this cornerback class but Murphy might end up being the best player. He is impressive when changing direction and his mirroring techniques are second to none. Has excellent ball skills as evidenced by his two interceptions in the Pac-12 Championship Game against Utah — and the 13 passes defended during the season.

Risner is an animal in the run game and he’s athletic enough to protect the quarterback as an offensive tackle in the NFL. That said, his best position may be at guard where his strength and hand usage would serve him well. Either way, Risner’s versatility will be an attractive quality as team’s evaluate him in the coming months.

Thompson is the best safety in this draft class. He has the speed and athleticism to cover vast swaths of turf, and the ball skills to turn pass breakups into interceptions.

Finley has a great feel for identifying his pre-snap options based on the defense. He also seems to process information quickly, which, again, he needs to do because of his lack of elite arm strength. He can be laser-accurate with his throws and show great composure in the pocket. He has good touch on intermediate passes, especially on fades in the end zone. Finley is a rhythm thrower who can get hot, and if defenses sit in zone looks he’ll pick them apart. But he struggles to go through his progressions, which left us wondering on more than one occasion: What happens when first read isn’t there? That might be a bigger question than arm strength.