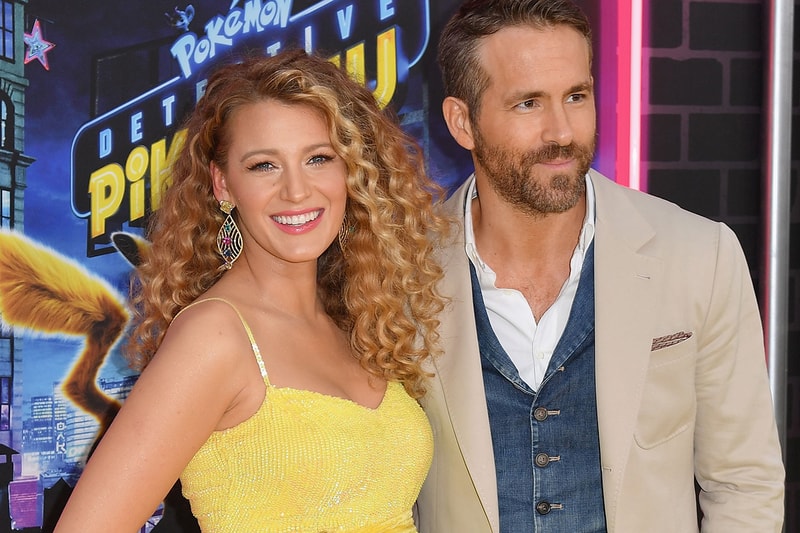 Congratulations are in order for Blake Lively and Ryan Reynolds, as the Hollywood couple are expecting their third child together. At the New York City premiere of Pokémon: Detective Pikachu on Thursday evening, the Gossip Girl star has cheerfully confirmed her pregnancy by debuting her baby bump while donning a sparkly, sequinned dress in buttercup yellow.

The power couple currently has two daughters, namely James and Inez. Despite their high-profile jobs, Lively and Reynolds have managed to keep their family life rather private. In a Marie Claire interview back in 2016, Lively candidly shared her thoughts on parenthood,

“Ryan [Reynolds] had a nice, normal upbringing, and we want our kids to have the same normal life that we had. We don’t ever want to rob them of what we had because then we’d feel really selfish.”

Lively, who most recently starred in mystery thriller A Simple Favor alongside Anna Kendrick and Crazy Rich Asians actor Henry Golding, has been keeping mum on social media since the beginning of 2019. Her next film will be The Rhythm Section, which is slated to hit the silver screen on November 22.

In a recent Variety report, Reynolds is crowned the highest paid actor in 2019 thus far for a single project. The in-demand Canadian actor has come on top with $27 million USD for his upcoming Netflix movie, Six Underground, edging out Dwayne “The Rock” Johnson and Robert Downey Jr. who both earned $20 million USD for Fast & Furious Presents: Hobbs & Shaw and The Voyage of Doctor Dolittle respectively.