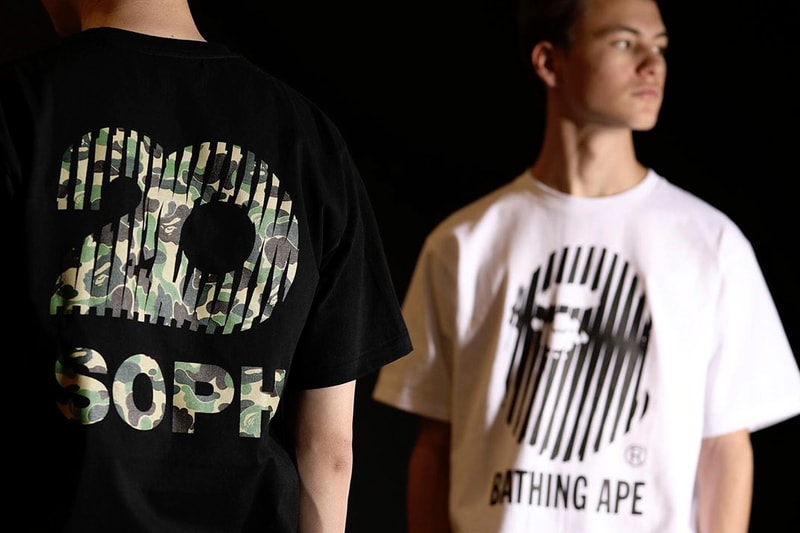 Following its recent team up with Formula One to celebrate the international auto racing league’s 1,000th event, revered streetwear label BAPE is now joining forces with SOPHNET. for a special 20th anniversary capsule.

The upcoming collaborative efforts between the two Japanese giants was teased earlier via both brand’s Instagram accounts. In the photo two models sporting graphic T-shirts can be seen, one showcasing the front of the shirt while the other flaunts the back. On the front BAPE’s ubiquitous Ape Head insignia is emblazoned front and center while the back features "20 SOPH." in 1ST CAMO print. The post is then marked with a simple "SOPH.20 × BAPE®" Coming Soon…" caption.

Keep it locked here for more details pertaining to BAPE’s latest team up.

For more on the label, take a look at the BAPE x Formula 1 pink ABC CAMO covered race car.