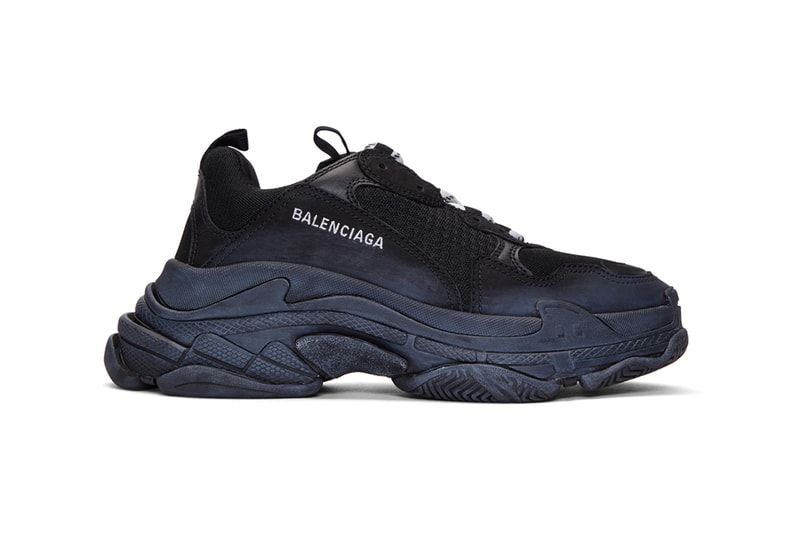 Last seen in a brilliant neon green colorway, Balenciaga‘s ever-controversial Triple S has surfaced in another new makeup. Offered in a familiar multi-colored make-up and a tonal black colorway, the new takes on the hefty sneaker feature light smudges around the lower portion of the uppers.

This isn’t the first unusual outing for Balenciaga’s signature sneaker nor is it even the first time the shoes have appeared with faux distressing. Last year, the gargantuan shoes surfaced in half-and-half colorways in one drop and boasted full-length Air Unit-like midsoles for another release. If nothing else, Balenciaga has succeeded in keeping the unmissable silhouette fresh with new colorways and slight upgrades, with the chunky sneaker trend showing little sign of slowing down.

With the extreme midsole intact, new detailing is restrained to smudged colors that rise from the midsole onto the leather uppers. Both colorways offer these smudges across the entirety of the uppers’ lower sections. The stacked midsoles also feature light distressing; on certain panels, the paint appears to be worn away and faux-dirty blotches appear towards the outsole and near the tongue.

Most recently, Balenciaga launched a variety of Hong Kong-exclusive sunglasses.