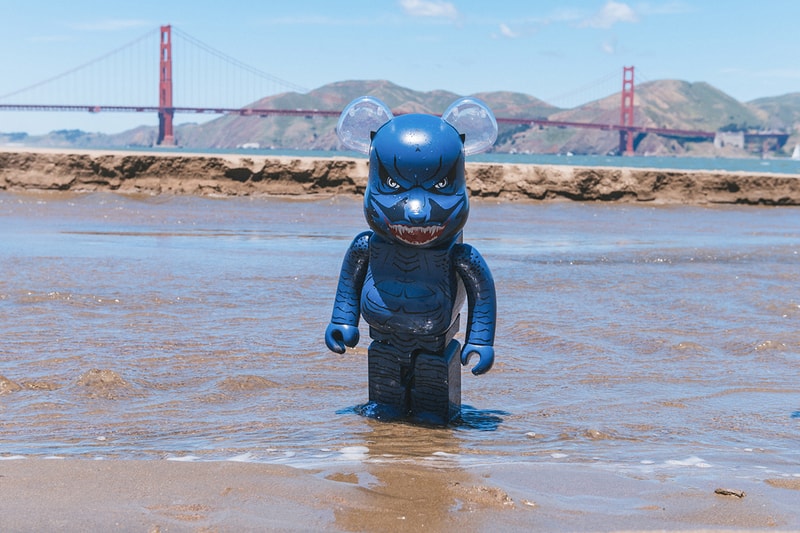 In line with Godzilla: King of the Monsters releasing this week, BAIT has announced an upcoming collaborative BE@RBRICK based on the iconic monster alongside the franchise and Medicom Toy. The three parties have come together to announce the release of a 1000% version of the collectible, which is doused in a lightning blue based with darker hued detailing throughout. Details include translucent ears and a contrasting red mouth to offer it a menacing new look, effectively replicating the new film’s updated Godzilla design.

You can take a look at the new BE@RBRICK in the gallery above. If you’re interested in scooping up the exclusive for yourself, it will be available online via raffle at BAIT’s web store, and can be purchased via in-store reservation this weekend at all 9 BAIT Chapter stores. The raffle begins May 30 and ends on June 2 — winners will be announced on June 3. Customers who purchase the 1000% iteration will automatically be offered the smaller 100% and 400% set, which will release later this year at San Diego Comic Con.