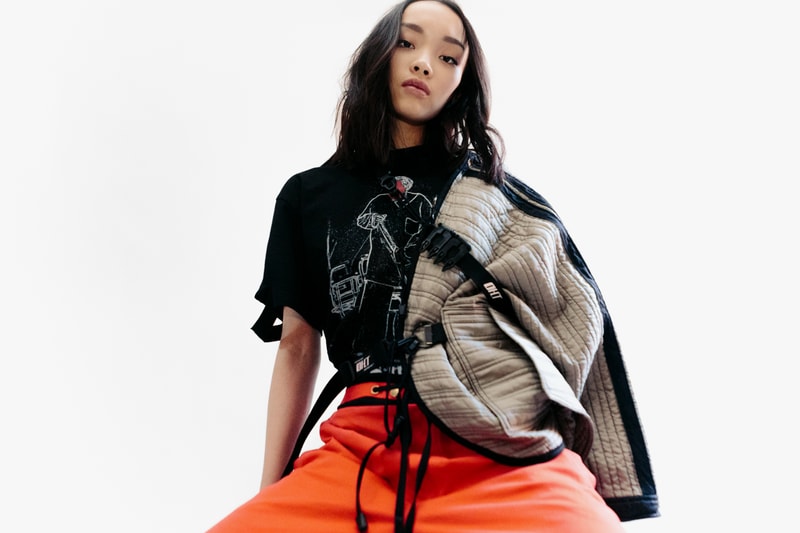 20-year-old artist Lexie Liu has a sound that doesn’t belong under one genre. Whether you’re into hip hop, R&B or even pop, when you listen to her music, there’s a hint of each of these classifications. Originally from Changsha, China she first began making music four years ago as a hobby. In a feature with Milk, she shared that she created music to pass time while she was in high school. After moving to the United States to study at New York’s Fordham University she ultimately realized she wasn’t content with pursuing a degree, according to Paper. A moment of awakening came after she wasn’t successful in transferring into New York University, she then began putting her all into her artistry. In 2018 alone, she dropped three singles and signed to 88rising, home of Joji, Rich Brian and the Higher Brothers.

With her latest EP, 2030, Liu presents a collection of provocative tracks, a few of which happen to be modern love songs. Her redefinition of what a female artist should be shines through on singles like "Hat Trick, "Nada" and "Sleep Away." Each of these songs are currently at 6 million combined streams. In her previous Paper profile, she broke down that she actually began working on some of the songs two years ago while at Fordham. Produced majorly by Lexie alongside Bijan Amir, 2030 offers a glimpse into the inner workings of her creative mind.

We recently got a chance to catch up with Lexie Liu as she passed through New York City. Read our interview below where she chats about her music, where she gets her inspiration from and more. I remember you telling me about studying business at Fordham University in New York, prior to music. But here you are, signed to 88rising and about to release your new EP. What did that decision [and career change] look like?

I was definitely going through some struggles and confusions — school, future and family issues. It was at a breaking point that if I didn’t make a choice I would fall apart when I realized that music is the only thing in life that gives me light.

Your sounds sit on both the Chinese and Western straddle. From what aspects do you draw your inspiration on both sides?

A lot, from the things I know from both Chinese and Western culture through languages, by playing with rhymes and taking inspiration from the legends, stories, books and movies from both places. I just wanna see what happens. Your single "Sleep Away" was more romantic than I expected, compared to your other tracks like "Nada" and "Coco Made Me Do It." Your songs obviously occupy a wide breadth in styles but where do you draw the line on experimentation?

I’m open to possibilities. I haven’t settled down with a certain genre yet, my preference changes through time as well. I’m still in the process of finding my own voice and I hope to show something new.

Was it a leap going into songwriting? We spoke about hip hop being a challenge in China due to the relevancy in subject matters. Is that something you have to consider too?

I started fooling around for a while before I got to songwriting when I realized that I might have some talent doing it. My writing mainly focuses on the inner side of humanity, and what I’m trying to do is to put beautiful things in my culture out there. Music has no boundary. People are growing more open to new music in China right now but where do you think it’s still lacking?

I think the music scene in China is lacking more opportunities for different types of genres. But, it’s still cool because I have a group of friends there that vibe with the same type of music as me.

What are the challenges right now with being an Asian female artist?

Being an Asian female artist is challenging because people tend to have their own requirements for a female’s behavior, look and personality. Asian female artists somehow have a standard too. However, I’m still proud of being who I am and doing what I do.

What drew you to 88rising?

I vibe with them in lots of ways, especially their energy and their happiness gained from spreading a culture coast to coast around the world. They keep sending out great messages in their content. I also want to touch on your budding modeling career with PUMA and Levi’s. Do you think music and fashion are intertwined today? What do you want your career to say about occupying both spaces?

I think they are intertwined because they are both a representation and identification of who you are. For my career, I’ll just do what I feel like and work with more people from various industries and get to know them. I always have my mind opened to trying out new things.

How do you want your new EP to introduce you to the world?

The EP 2030 is from every side of the best version of me, with a wide breadth of music styles. I hope more people could hear the existence of something new and get connected through it.