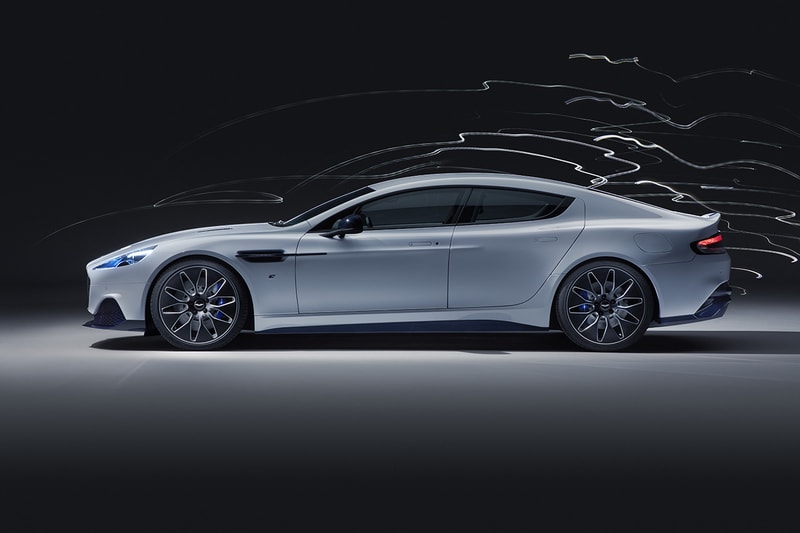 Aston Martin has unveiled the Rapide E, with an official release at the Auto Shanghai motor show. The vehicle is a four-door, all-electric supercar capable of producing 700 lb-ft of torque.

Produced alongside Formula One engineering firm Williams Advanced Engineering, the Rapide E will deliver 604 bhp — 9 bhp more than its petrol-powered equivalent — and will have a range of around 200 miles supplied from its two e-motors and 65kWH battery.

The Rapide E sits atop 21-inch forged wheels which were subjected to the same levels of aerodynamic development the redesigned body received. Aston Martin has made the electric Rapide more resilient to allowing air to flow through the body, and the grill sees a new honeycomb design and a larger carbon fibre diffuser deliver an overall streamlined aesthetic.

Weighing in at 4,387 pounds, the Aston Martin Rapide E will go from 0-62mph in 4.2 seconds, which is 0.1 seconds faster than the Tesla Model S 100D in its standard mode. The Aston also delivers 213 lb-ft more torque than its rival Tesla, making for a family-sized saloon with supercar capabilities.

Limited to just 150 models, the Rapide E is available to order on application now with a price available on request.

From the latest technology to a slice of Aston heritage, take a look at this restored Aston Martin DB4 GT Zagato, created to celebrate Zagato’s 100th anniversary.