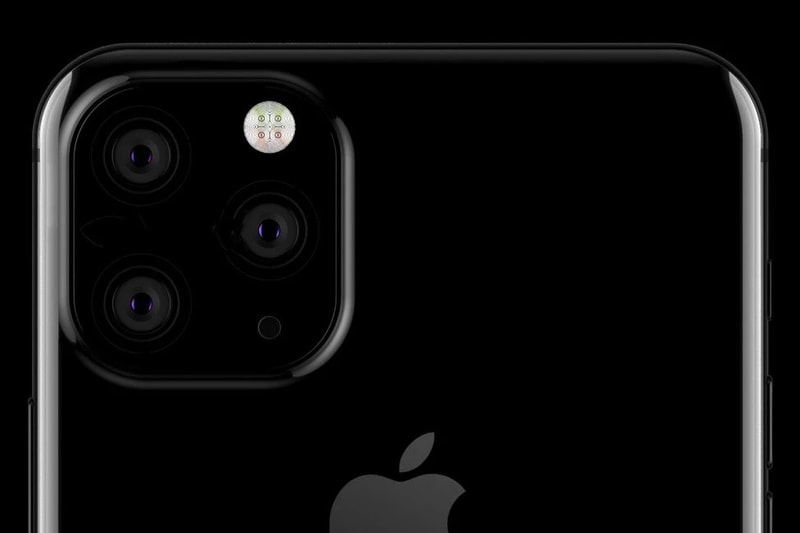 Pictures have leaked showing what could be the square, three-lens camera unit rumored to feature in Apple‘s upcoming iPhone 11. Molds for the iPhone 11 and iPhone 11 Max show a rounded-square setting housing a trio of lenses in a triangular formation, with the camera flash and microphone placed above and below the spoke of the triangle.

The picture was uploaded onto Twitter by @markgurman, a tech writer for Bloomberg, which also shows the updated iPhone XR receiving the same square housing, but with just two cameras instead of three. The additional third camera has also thrown up some rumors in the tech world, with publications such as 9to5mac suggesting the iPhone 11 and 11 Max lens will be an ultra-wide lens made by Sony.

Apple is yet to speak on the iPhone 11’s new camera design, however, further rumors suggest the inclusion of a third lens could be a way of giving iPhone photographers a way to reframe pictures. Take a look at the leaked iPhone 11, 11 Max and updated XR molds below.

In other Apple news, the soon-releasing iOS 13 update is rumored to not be applicable to iPhone 6 Plus models and below.

Alleged next iPhone case moldings show what we discussed in our story last week in terms of new cameras. 3 on the high end, 2 on the new XR. Plus all models apparently getting a square, at least based on this one mold floating around. https://t.co/BhAFTZZL6u pic.twitter.com/QlNJTsApzX