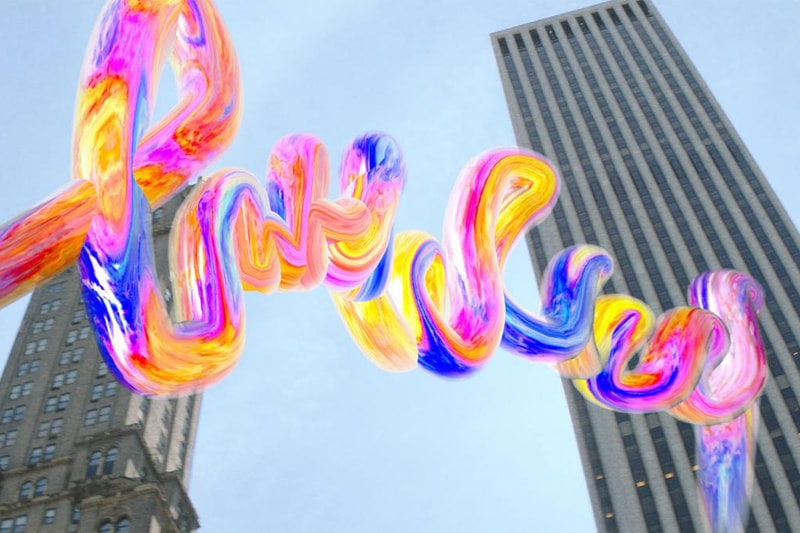 Participants include Chicago-based artist Nick Cave, Swedish animator Nathalie Djurberg and composer Hans Berg, multimedia artist Cao Fei, as well as conceptual artist Carsten Höller. A bulk of the AR artworks “live as a visual layer on the cityscape and are experienced via a walk with an iPhone in six major cities,” as described by Apple in an official announcement.

Accompanying the public art project is a new program called [AR]T Lab: AR Experiences with digital artist and teacher Sarah Rothberg who is offering free lessons on augmented reality software to beginners in all Apple Stores worldwide. “In this Lab, attendees get hands-on with whimsical objects and sounds created by Rothberg to learn how to code their own AR experiences using Swift Playgrounds,” said Apple.

Can’t wait for our teams to show you what we’ve been working on! We are excited for our customers to experience these incredible AR creations in their communities and in Apple stores all around the world. What will you create in the [AR]T Lab? ? #TodayAtApple