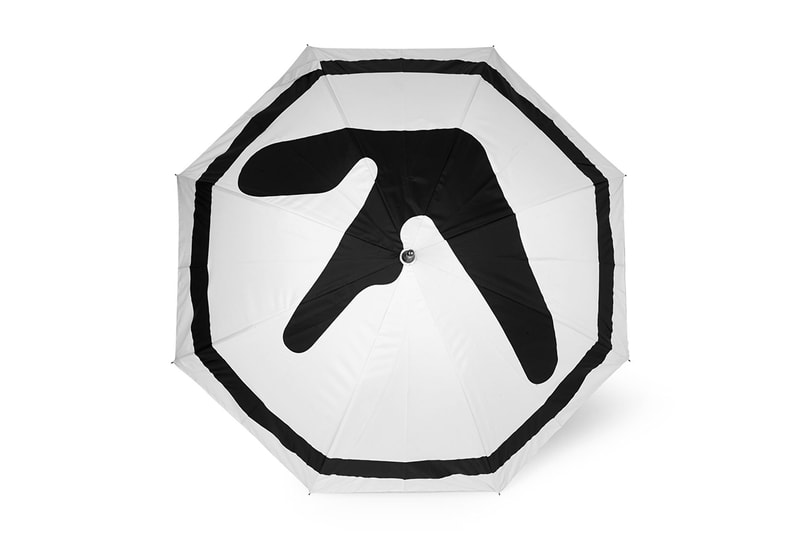 Richard D. James, better known by his Aphex Twin moniker, has intentionally maintained a low profile over the years, with new music slowly trickling out with little warning. His Coachella performance was only James’ fourth American show in 11 years, the other three being Coachella 2008, Day For Night 2016 and a recent concert in New York, which hadn’t seen an Aphex Twin show since the ’90s.

The merch collection keeps in line with November’s drop, offering admirers another chance at branded accessories. An umbrella and towel sport black Aphex Twin logos against a white base, with a black hoodie inverting the color palette and adding "APHEX TWIN" verbiage. Perhaps the most on-brand goods is a trio of teddy bear figures clad in colorful bloomer shorts and neck ruffles, complete with the creepy face from the cover of Aphex Twin’s classic 1995 album, …I Care Because You Do.

Head to the pop-up on April 16 and 17 to shop the limited goods, with Aphex Twin’s web store set to receive a limited restock shortly after. Though the Coachella set wasn’t officially livestreamed, you can watch the full performance below via a video shot by a die-hard fan.

ONLINE RE-STOCK TO FOLLOW. TRANSFER EMAIL TO BE NOTIFIED:https://t.co/MQ6R56NOPU pic.twitter.com/I7SGrxQOlm