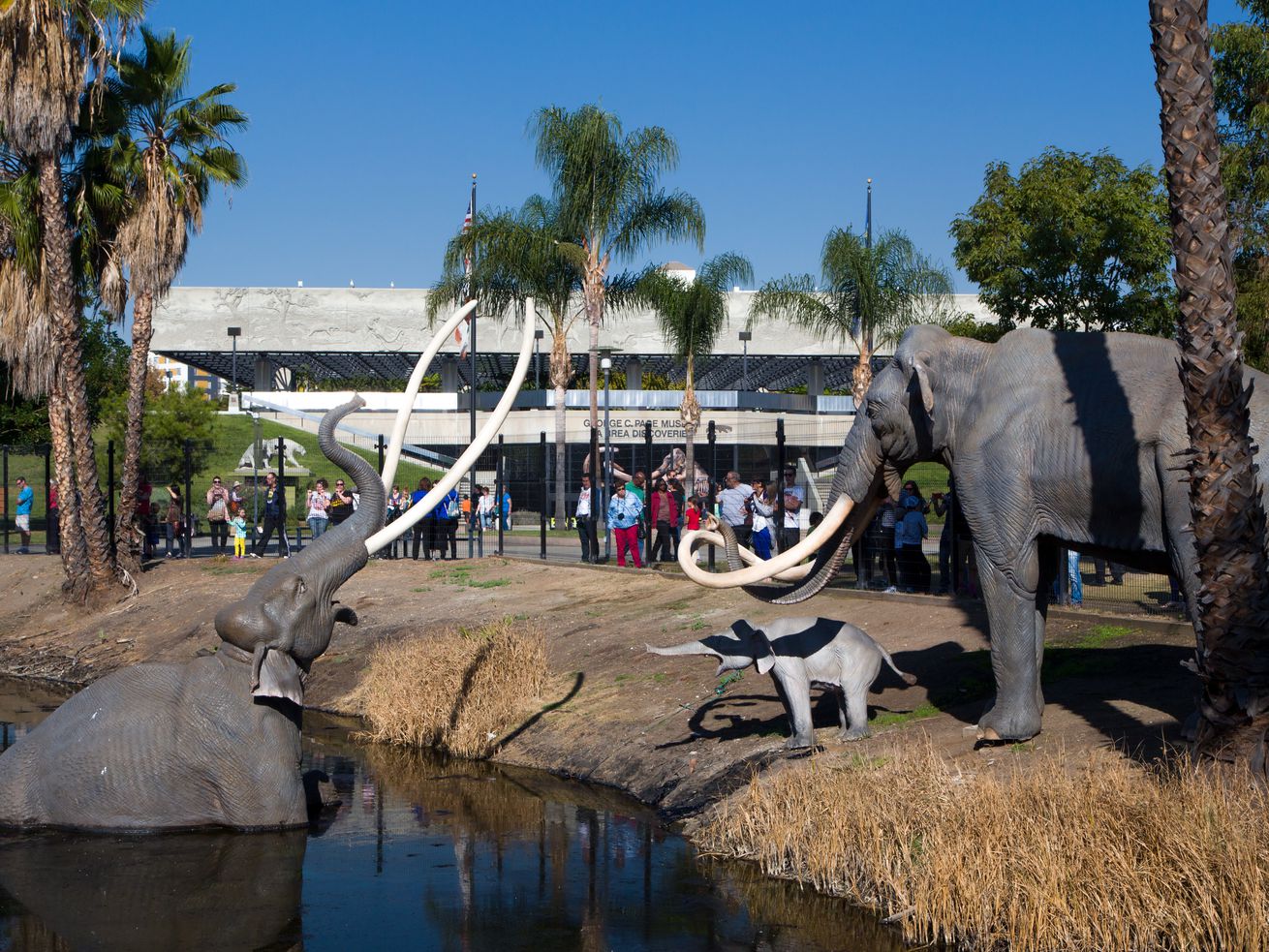 Of the three firms competing to lead the redesign, none are from LA

Not to be left out of the planned changes for museums on Miracle Mile, the Natural History Museums of Los Angeles County announced Thursday that it’s gearing up for a multi-year “reimagining” of the historic and fragrant La Brea Tar Pits.

Lori Bettison-Varga, president and director of the Natural History Museums of Los Angeles County, called the process a “once-in-a-lifetime opportunity” not just to renovate the site but to “think deeply about how to make them function as well for neighbors and guests over the next 40 years as they have for the last 40—perhaps, even better.”

Three firms have been selected from an initial call for responses: the Danish firm of Dorte Mandrup, which has worked on a number of UNESCO World Heritage sites; New York-based Diller Scofidio + Renfro, the architects of Bunker Hill’s Broad Museum; and New York’s Weiss/Manfredi, which designed Seattle’s Olympic Sculpture Park. (Museum officials told the Los Angeles Times that LA-based firms were among the initial pool of applicants, but none advanced.)

The firms will now develop “conceptual approaches” to the project. Those designs will be shared with the public in August. If all goes according to plan, by the end of the year, a single firm will be selected based on a combination of public feedback and the museum’s own input. That firm will then be at the helm of “a multi-disciplinary creative team” that will embark on a years-long process of public meetings, master planning, and, finally, designing something new for the site.

The Tar Pits encompasses the George C. Page Museum, the tar pits, and the green space around the museum. In all, it’s a 12-acre space that comes with a handful of challenges.

The museum building, for example, was built basically into the earth (“to preserve as much of the landscape as possible,” says a museum release). Partly because of its in-ground location, expanding or even altering the structure is a challenge, and that’s been a hindrance to “exhibition, education, research, and storage” at the museum.

The La Brea Tar Pits is the latest cultural facility on Miracle Mile to plan major changes. Next door at the Los Angeles County Museum of Art, LACMA has just secured critical county funding for a new, $650 million Peter Zumthor-designed museum facility that will span Wilshire Boulevard. At Wilshire and Fairfax, the Academy Museum of Motion Pictures is under construction now, its spherical concrete and glass theater coming together more and more each day.

Once a planned extension of the Purple Line subway is complete in 2023, access to both museums, the tar pits, and the Miracle Mile neighborhood will be even faster from Downtown and beyond, thanks to a new stop at Fairfax.