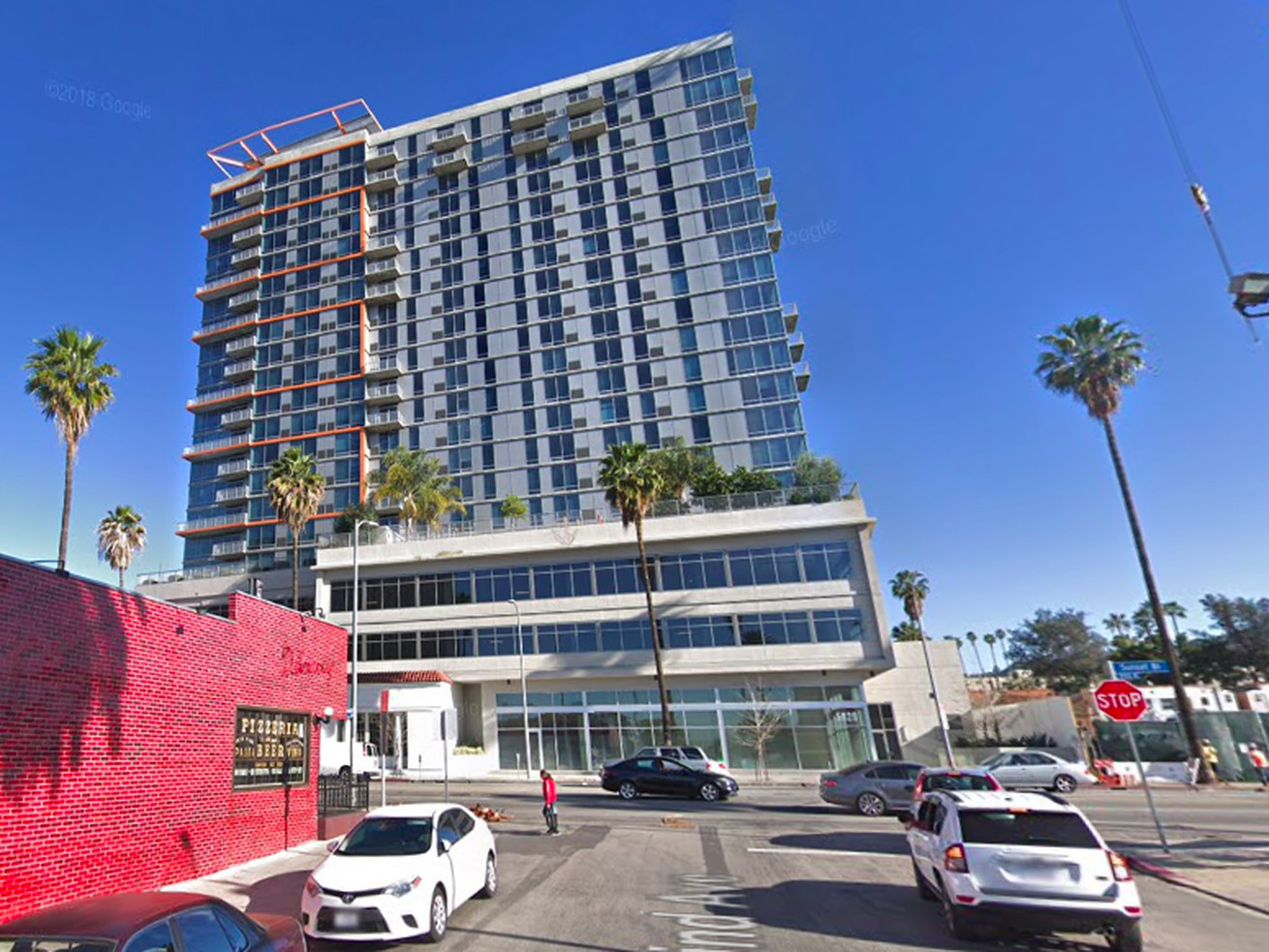 The tower may or may not be for sale, but AHF is offering $50 million

Hollywood-based AIDS Healthcare Foundation says it has submitted an offer to buy the vacant 22-story Sunset Gordon from developer CIM Group for $50 million.

In an announcement, AHF says that as part of its offer to buy the property, the Coalition to Preserve LA, the foundation’s “advocacy division,” will drop a lawsuit it has filed against the city of Los Angeles and CIM over the amount of affordable housing in the complex.

“CIM can either settle the Coalition’s lawsuit and add many more affordable units or they can sell the entire property to us so we may repurpose the complex for more—and truly affordable—housing units,” says AHF president Michael Weinstein.

If CIM were to sell to AHF, the organization plans to turn the tower, now holding 299 units, into 1,000 “smaller units,” Weinstein says.

It’s not clear if the tower is even for sale. A representative for CIM would not comment.

The fully built Sunset Gordon tower on Sunset Boulevard hasn’t been occupied for three years, after a Los Angeles County Superior Court judge retroactively invalidated the project’s construction permits. The permits were revoked after CIM demolished an Old Spaghetti Factory restaurant on the site that it was supposed to partially preserve.

For part of those three years, CIM has tried to obtain permits again, but the Coalition to Preserve LA has tried unsuccessfully to convince the city not to issue them. Its appeal largely stemmed from its claims that the city had not sufficiently studied the “significant” traffic impacts that would result from opening the building to renters again.

According to the terms of its most recent approvals, the Sunset Gordon tower will contain 15 apartments for very low-income tenants, 15 for moderate-income tenants, and 15 units of workforce housing, as well as 254 market-rate apartments.

In recent years, AHF has purchased and renovated a handful of LA properties, operating them as affordable housing under their housing arm, Heathy Housing Foundation. AHF’s properties include a motel on Sunset Boulevard in Hollywood and three residential buildings on Skid Row.