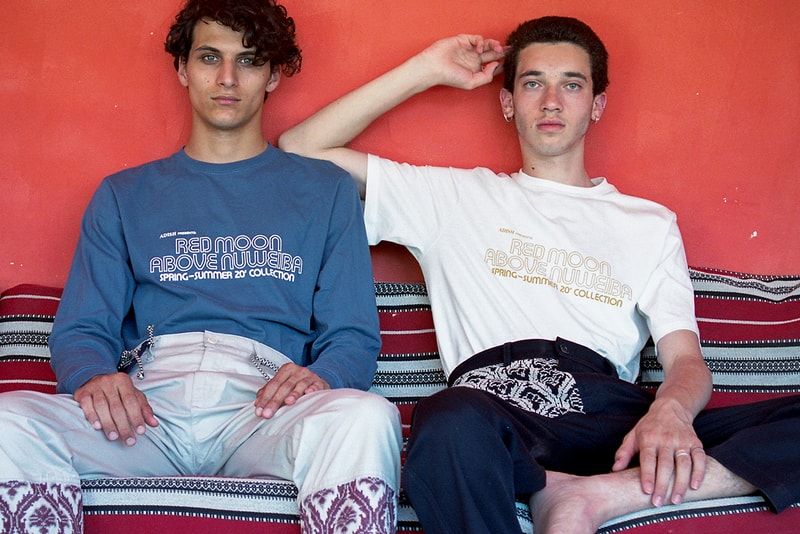 Tel-Aviv based brand ADISH has unveiled a look at its Spring/Summer 2020 collection, "RED MOON ABOVE NUWEIBA," taking inspiration from the Nuweiba Music Festival that happened in the Sinai Peninsula in 1978. At that time, the area had been under Israeli occupation since 1967 until a series of peace treaty negotiations in the ’70s would eventually return Sinai to Egypt’s rule. The festival commemorated a time of optimism for the people of the region and served as a desert retreat, which is the same spirit that ADISH has drawn upon for its newest assortment.

Pieces in the collection include T-shirts, collared jackets, polos and trousers that reference the "psychedelics" of the festival through unique graphics and textures. Mixed media plays an important role throughout, jazzing up pants and outerwear with swatches of traditional Bedouin patterns. Meanwhile, the color palette is grounded in earth tones to recall the arid landscape, featuring blues, burgundy, khaki green and neutrals for a pared-down combination.