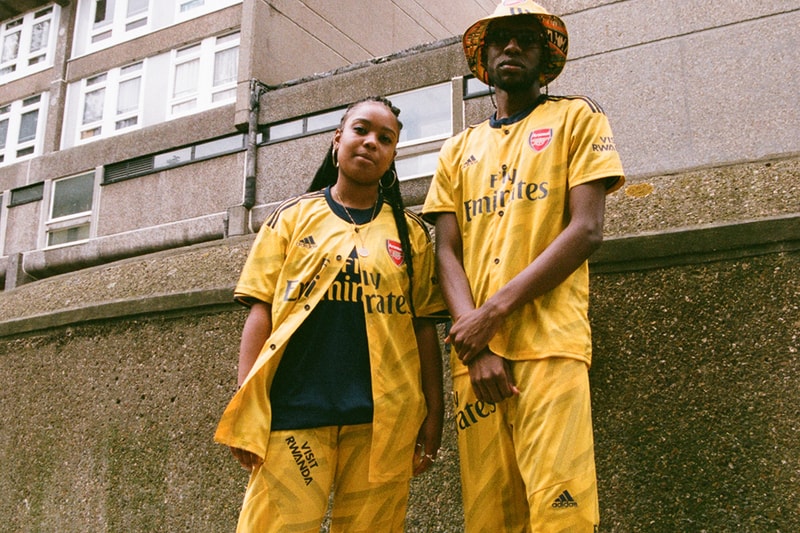 After unveiling the so-called "Bruised Banana" away jersey back in July, Arsenal and adidas have now revealed a customized capsule based on the kit. Revealed in time for Notting Hill Carnival, the jersey has been repurposed by Art of Football in a ’90s-inspired capsule as a reference to the kit’s heritage.

The collection includes trousers, an open shirt and a bucket hat, all of which are produced from cut-up Arsenal away jerseys. Additional touches include a number 8 printed on the back — a reference to Arsenal legend Ian Wright, who wore the kit in the early ’90s — and a subtle pattern inspired by the mix of Notting Hill Carnival and retro aesthetics.

Take a look at the capsule in the gallery above, although the unique pieces from Arsenal and adidas won’t be seeing a wider release.

For more from adidas and Arsenal, take a look at the third kit the London club will wear this season.