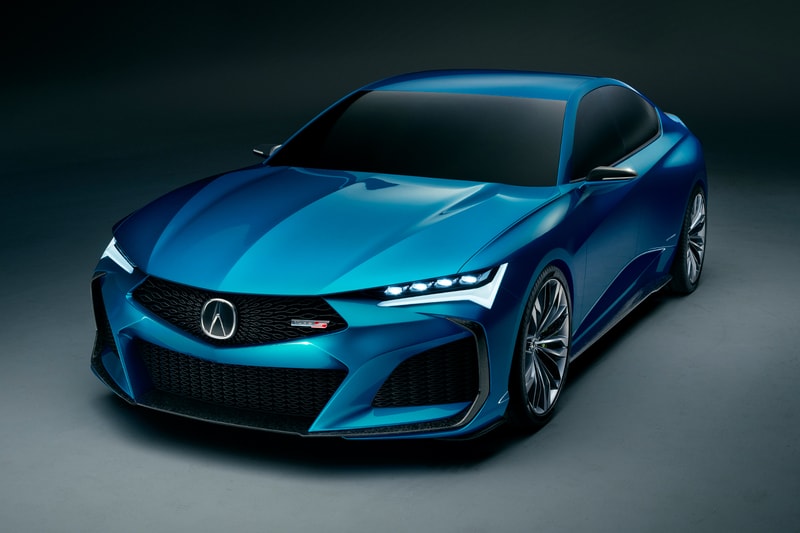 Honda‘s luxury branch Acura has decided to revive its Type S range — discontinued since 2011 — and giving us a glimpse of what the new line could entail is the Type S Concept which debuted at Monterey Car Week.

Unfortunately, Acura has been hush about the concept’s engine or powertrain, but the debut has more to offer than just performance specs. The "Double Apex Blue Pearl" concept car features a Diamond Pentagon grille up front, which allows airflow into the mystery engine and the brakes, which come in the form of four-piston yellow Brembo calipers. The brand’s newly-developed four-lamp "Jewel Eye" LEDs provide ample illumination both up front and on the rear, with Acura opting for a "Chicane" rectangular eye design over its previous squares. Forged carbon detailing surround the bodywork, and can be found on the front splitter and vents, side sills, wheels, and the rear spoiler and diffuser area.

While Acura’s new Type S debut is only a concept, the company affirmed that it would form the basis of the upcoming Type S revival models: "Representing a fundamental step towards fulfilling Acura’s return to Precision Crafted Performance, which started with the debut of the second-generation NSX, the Type S Concept sets the stage for re-introducing Type S performance variants to the Acura line-up after a decade hiatus, and will heavily influence the character of the upcoming, second-generation TLX Type S."

Acura has yet to announce official release dates for the two upcoming Type S performance variants, but expect them to roll out over the next two years.

Elsewhere in automotive news, Bugatti is considering production of a 310 MPH Chiron and SUV.