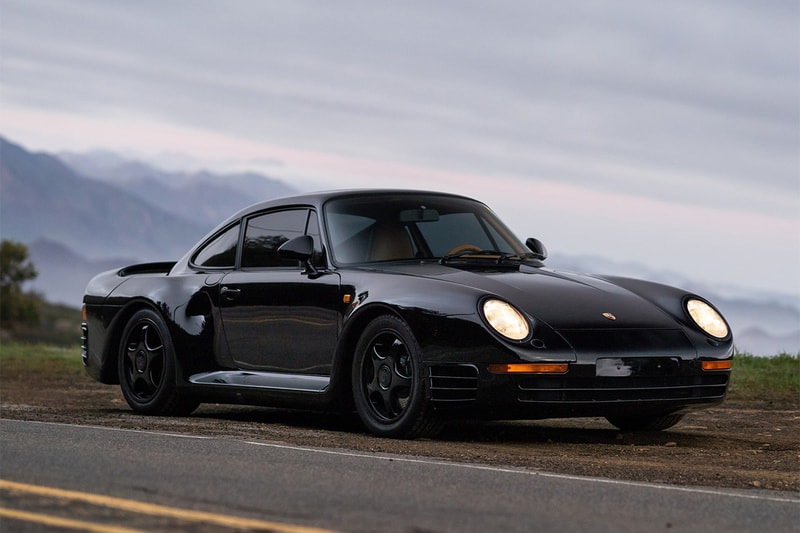 RM Sotheby’s is selling a rare 1988 Porsche 959 Komfort complete with the manufacturer’s "Special Wishes" program specifications. Of the 284 Porsche 959’s built, only 20-25 cars were built to the standards provided by the exclusive service. This unique level of customization was offered to Porsche’s most notable clientele, who were allowed to be endlessly creative with their desired visual tweaks.

This 959 "Special Wishes" edition was owned by Dr. Friedrich Christian Flick. As a member of one of Germany’s most prominent families, they were known for their huge art collection. As a result of his discerning taste, Flick added black paint to his 959 making this just one-of-three in existence. The interior is finished in caramel brown leather and features optional electrically-adjusted bucket seats.

The car was treated to full interior customization, with everything from the embossed steering wheel to the air vents and window switcher being finished in leather. On the outside, the rare supercar is finished with black wheels and detailing throughout.

This Porsche 959 Komfort maintains its 2.8-liter twin-turbocharged flat-six engine — capable of 444 BHP and 369 lb-ft of torque — but was given a new 959 S suspension by its current owner for a sportier ride. The car comes with all its original parts and papers and is a true collector’s piece, making for a price that’s only available on request. Find out more on the RM Sotheby’s listing.

In other news, BMW has brought back its 49-year-old Garmisch model.