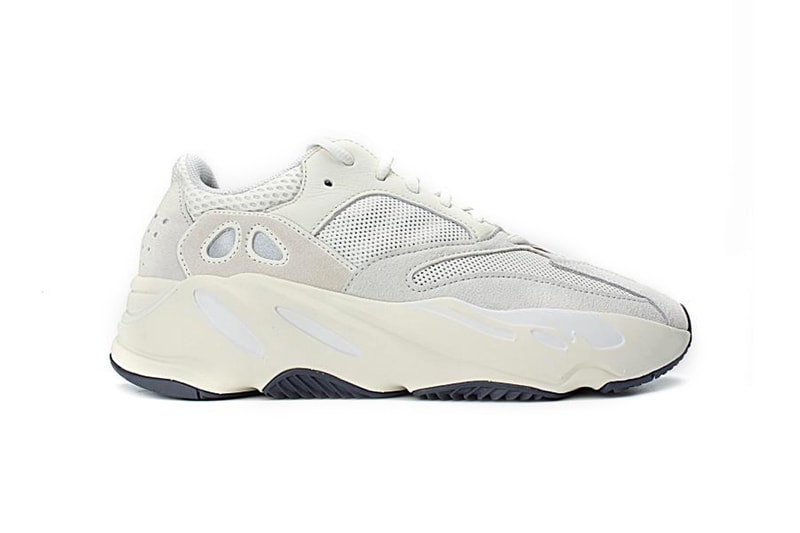 Back in December, a first look at Kanye West‘s YEEZY BOOST 700 "Analog" was revealed. Now, we’ve gotten a closer look at the newly designed trainer originally revealed by YEEZY Mafia. This model directly follows the reveal of the YEEZY BOOST 700 "Inertia."

Detailing on the kicks includes, a suede and mesh upper which comes in off-white and grey hues. Additionally, we also see an oversized, chunky midsole and a dark grey rubber outsole. Rounding out the accents is the white lacing system.

The YEEZY BOOST 700 "Analog" is rumored to release at some point in Spring 2019 according to YEEZY Mafia. Take an in-depth at the colorway in the gallery above.

While you’re here, check out the official images and release date for the YEEZY BOOST 350 "Clay."