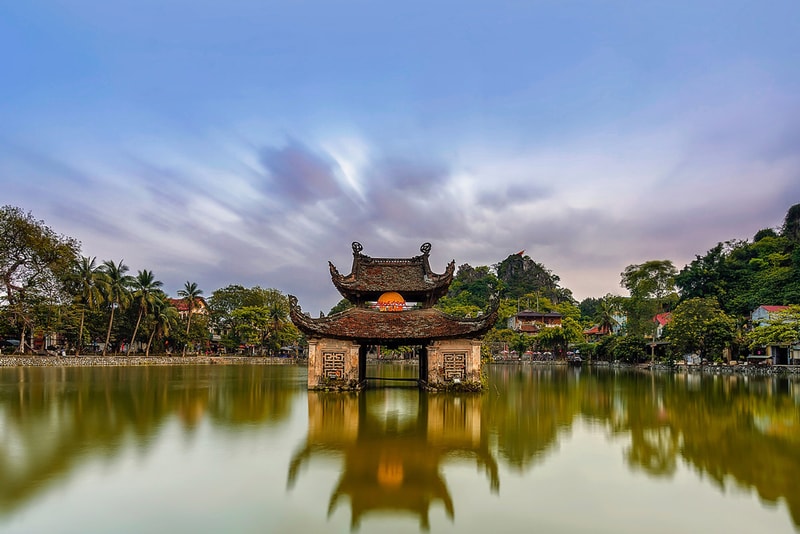 While fans contend for a spot in one of the Game of Thrones-themed suites in Finland and some await the opening of a new section in Beijing’s Forbidden City, other travelers should toss around the idea of visiting one of the nine countries where the U.S. dollar will be the strongest in 2019. Due to favorable exchange rates, tourists have the opportunity to take advantage of the currency in several spots across Latin America, Africa and Asia.

According to the Global Travel Forecast, airfare is projected to decrease in Latin America and Africa by 2 percent this year. Similarly, hotel costs for the two countries are expected to decrease by approximately 1.4 percent. Scroll on below for more details on exchange rates in each country and some of the main attractions where it’s worth spending those extra dollars.

The Economist’s 2019 Big Mac Index undervalues the Argentine peso by 64.1 percent, a further drop from last year’s also-favorable 25 percent. On top of that, the exchange rate is predicted to decrease by 10.7 percent.

What To-Do: Take in one of the seven wonders of the world by walking the Iguazu Falls or savor the flavors of Argentina on a cultural food tour.

The Big Mac Index undervalues the Canadian dollar by 8.9 percent this year. That being said, the sooner the better for visitors to book trips — the exchange rate may increase by 2.6 percent later on.

What To-Do: Hike Canada’s highest paved pass or take in the award-winning sports hall of fame.

Not only is Costa Rica’s colón undervalued by 32.4 percent in the Big Mac Index, but its exchange rate is forecasted to fall by 5.2 percent.

What To-Do: Enjoy a day of snorkeling and other water activities before hitting a relaxing spa tour.

The Dominican Republic is considered one of the most affordable destinations in the Caribbean, with the 2019 Backpacker Index ranking Puerto Plata, Samana and Punta Cana as three of the cheapest locations in all of the region this year.

What To-Do: Go horseback riding on the countryside or hop on a safari tour.

The northeast African country’s exchange rate should drop about 2.5 percent this year, with the Egyptian pound undervalued by a massive 60 percent in the Big Mac Index.

What To-Do: Don’t leave without checking out the pyramids and Great Sphinx.

Mexico’s Playa del Carmen was named as one of the top four cheapest areas by the 2019 Backpacker Index. Not only is its peso undervalued by 54.5 percent, but the exchange rate is expected to drop by 1.3 percent.

What To-Do: Tour Mexico City and the Teotihuacan Pyramids or visit local villages for an immersive cultural experience.

Though the exchange rate for the Peruvian nuevo sol is projected to increase slightly this year, the country’s currency is undervalued by a hefty 43.8 percent. This means those using the U.S. dollar are in an optimal position to plan a reasonably-priced excursion.

What To-Do: Trek to the historic Machu Picchu or explore the Humantay Lake of Cusco.

As a U.S. territory, Puerto Rico already utilizes the dollar. This year in particular, however, the currency is expected to go that much farther due to the high volume of low-cost flight deals. The 2019 Backpacker Index estimates that a seven night stay and round-trip airfare from New York to San Juan could total less than $1,500 USD per person.

What To-Do: Catch a wave with a surf lesson or sip on custom drinks in a craft cocktail walk.

Leading the 2019 Backpacker Index list as the two most affordable cities in the world are Vietnam’s Hanoi and Saigon (Ho Chi Minh City). Despite the exchange rate’s potential increase this year, travelers can spend less than $20 USD per day for accommodations, food, entertainment and transportation. The Vietnamese đồng is undervalued by 49.8 percent according to the Big Mac Index.

To-Do: Feast from one of the famous street food stalls or skip over to Cambodia to fully maximize your vacation.

For more in travel news, read about Rio de Janeiro being named the first-ever world capital of architecture.