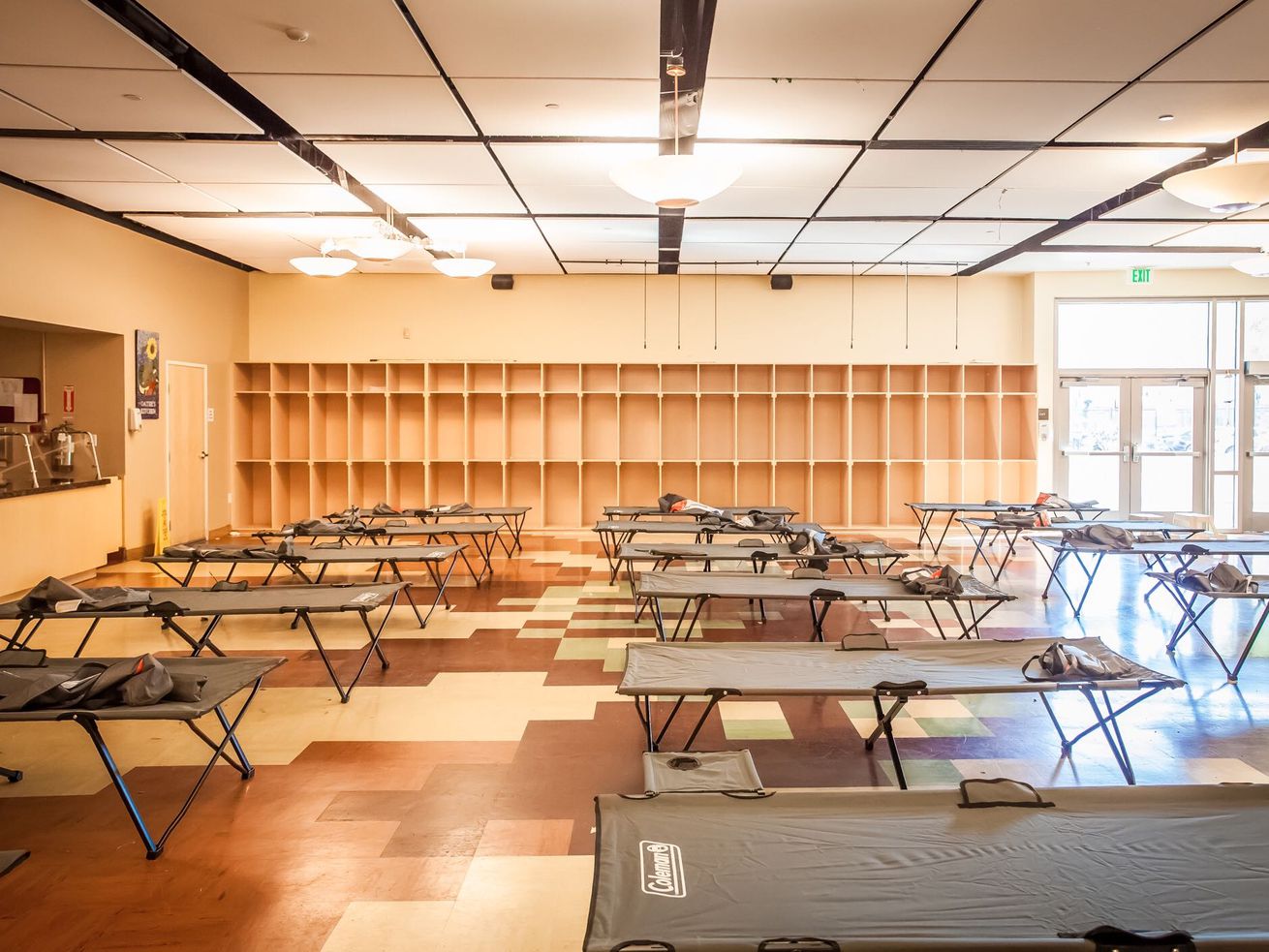 More than 800 women sleep on the streets of Skid Row—with no shelter or roof over their heads.

“There are women who sleep right in front of our building every night, because they feel safest here,” says Lisa Watson, interim CEO of the Downtown Women’s Center, a nonprofit on San Pedro Street that provides healthcare, job training, meals, and other services to homeless women in Skid Row. “So we thought: ‘Why not bring them indoors?’”

Starting last week, they did.

The center converted a portion of a building that was already open to women during the day into a sleeping area. Work was already underway to remodel that space, which is accessed by 200 women daily. It’s where they can get fresh clothes, food, and medical care.

As part of the remodel, the center acquired rollable furniture that can be tucked away at night to make way for 25 cots. They were able to bring in four women who had been seeping right in front of their doors, along with 21 others living on streets in the area and who had accessed day services.

“In the evening, the women get dinner, showers… we obviously have restrooms,” says Watson. “They can use the computers, the phone, and lockers. They can charge their phones. But we’ll also have fun and games and educational programs.”

The center is budgeting $60 per woman per night for the new “enhanced bridge housing program.” Funding comes from Wells Fargo, which donated $285,000, and the city of Los Angeles, which is kicking in $350,000.

“Homelessness is definitely not something we should get used to seeing,” says Patricia Gonazalez, regional manager at Wells Fargo who serves on the Downtown Women’s Center board of directors. “Everyone should do something.”

Watson says women can stay as long as they need, but the goal is to get them into permanent supportive housing as quickly as possible.

It’s set to celebrate the opening of the bridge space this afternoon and is using the occasion to put a spotlight on the growing population of homeless women in Los Angeles.

According to the Los Angeles Homeless Services Authority, the number of women experiencing homelessness countywide swelled 13 percent in the last year to 18,331.

“Our specific attention is on women, because of their unique vulnerability and how dangerous it is for women on the streets,” says Watson.

Ericka Newsome, who lived on the streets of Pasadena and around Pershing Square for six years before she was placed into permanent housing, is scheduled to speak at the opening celebration.

Newsome says she became homeless after losing her job in the banking industry in 2009. She says that while living on the streets, she was scared to fall sleep at night.

“There was that fear that if I closed my eyes, something would happen,” she said. “We need a safe space sleep at night. A warm bed to lie on. An indoor restroom. Those basic necessities.”