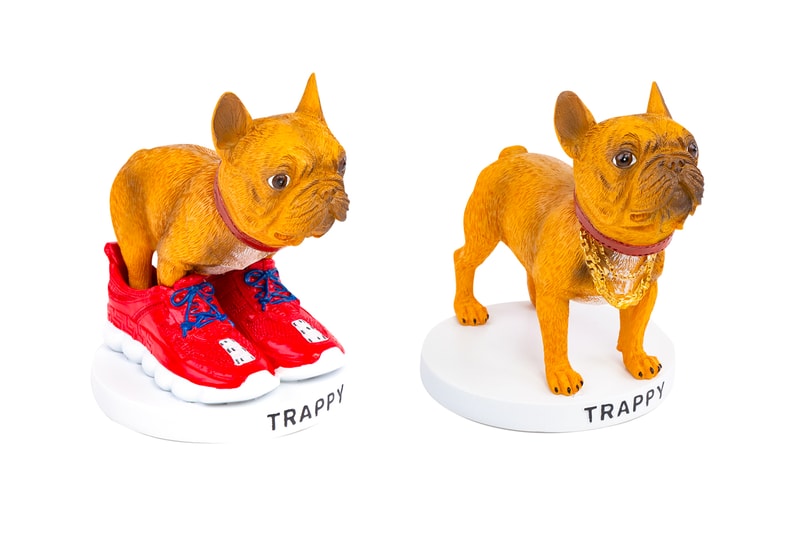 After sharing the cover art for his forthcoming Rap or Go to the League album due out this Friday, 2 Chainz has just shared his merch offerings which coincides with the aforementioned project.

In usual merch fashion, 2 Chainz’s line will consist of graphic T-shirts, an NBA-styled bomber jacket covered in ATL Record labels, boxer briefs, a snapback, and a collection of stickers. The standout piece of the capsule is the "Sound of Atlanta" bomber, which pays homage to Rap or Go to the League on the back, while the ATL record labels can be found on the front and sleeves. "I hope I didn’t leave anyone out," the rapper captioned on an Instagram photo of him rocking the bomber which includes Quality Control, So So Def, YSL, 1017 Brick Squad, and Hustle Gang, "This is a NBA style starter jacket with nothing but Atlanta record labels on it old and new." A quirky addition to the lineup also includes bobbleheads of his dog Trappy in two different variations.

Interested fans can head over to 2 Chainz’ official site to purchase the merch now, each coming with a digital copy of the EP. Rap or Go to the League, which was done in collaboration with LeBron James, lands on Friday, March 1 via Def Jam.

I made these jackets for #raporgototheleague i hope I didn’t leave anyone out !! This is a NBA style starter jacket with nothing but Atlanta record labels on it old and new !!!! Get YOURS @ LINK IN BIO #ipayhomage #idontholdmynutsonpeople #itsenoughmoneyouthereforallofus #TRU