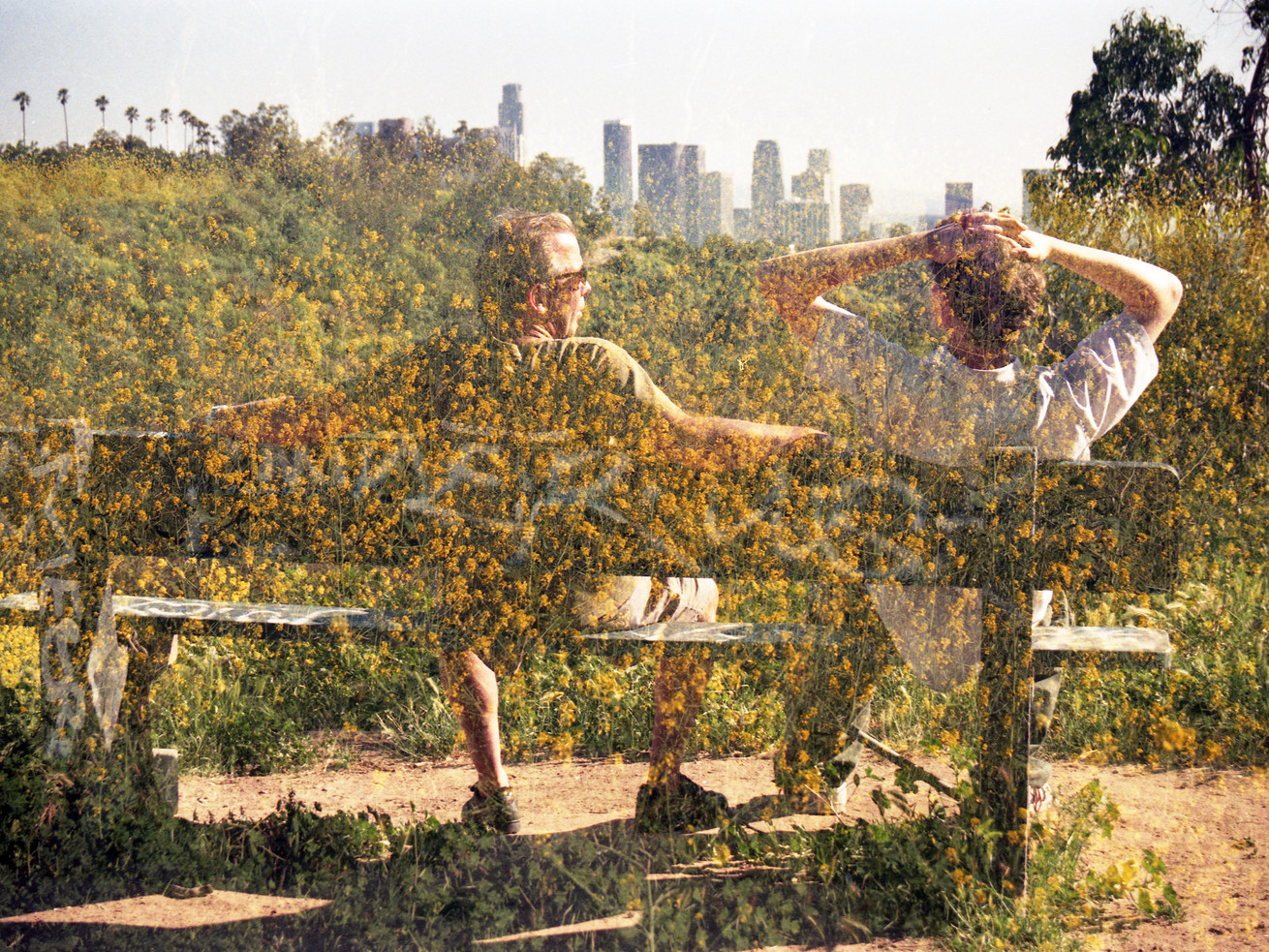 Roger Steffens began taking photographs on the eve of the Tet Offensive, as soldiers descended from the sky. Fifty years later, and after several relocations around central LA, he’s collected hundreds of images of Los Angeles that immortalize ephemeral moments in an ever-evolving city.

What began as a way to contribute to his platoon’s mission while remaining non-violent during the Vietnam War, grew into one of several life callings for the photographer, actor, writer, and archivist.

To date, Steffens has taken almost 40,000 images. Most of them are nothing short of historic.

Steffens’s daughter Kate has made a business out of disseminating her father’s photographs, releasing several photo books under the name The Family Acid, lifted from an affectionate moniker for the family’s bohemian escapades, and running an Instagram account of the same name.

This summer, the Steffenses will release their fourth book, made up of photos of the Golden State.

Among shots of Timothy Leary mid-sentence and afternoons at Bob Dylan’s house and Grand Central Market pre-Egg Slut are depictions of a Los Angeles that time is slowly forgetting.

Steffens’s photos capture Los Angeles as only locals know it. The LA that surfaces once a cakey layer of “the industry’s” foundation is wiped away, revealing a canvas ripe for painting underneath.

“It’s a fascinating city,” he muses. “I have always kept my camera with me when I left the house because you never know what you’re going to see. The sides of buses, the Hollywood Sign being turned into Hollyweed. You know, all the things that catch your eye when you leave the house.”

The Steffenses have dined, drunk, and tripped acid with some of the most prominent figures in 20th century history. They live in a modest home in Echo Park that’s painted a bright, arresting turquoise with reggae stripe accents, and it houses one of the most significant reggae and Bob Marley archives in the world.

It’s a common phenomenon in LA. Behind any given house, hedge, or eccentric fence in this city there might be a world-class museum, archive, or architectural relic.

The beauty of Los Angeles is that as much as they are unique, the Steffens and their family home are not an anomaly.

Just a few blocks away from them stands the Tom of Finland Foundation, shrouded by a curtain of well-groomed hedges. A few hills over is the Garbutt house, currently owned by ex-American Apparel mogul Dov Charney, but once home to an avant-garde art collection. Around the corner is the LA River—less glamorous, but no less filled with art and its ghosts.

Steffens’s photos compel you to look at these seemingly ordinary, every-day fixtures of Los Angeles a second time, to search for the whimsy, the humor, and spontaneous juxtapositions that this city offers up. Be it in the form of houses, sidewalk art, or decorative water main covers.

“I hope that people who see my photos get an appreciation for the ephemerality of life,” Steffens says.

“LA has so many constantly changing features. Not just the obvious ones like construction—out with the old and in with the new—but sidewalk stencils, bus benches with ads on them, murals, nature. I mean, this is a very rich city for visuals. Ray Charles could get a great roll,” he says, laughing.

Ever since the ban on murals was lifted in 2013, it’s only grown richer.

“Over the years, LA has become more and more intriguing as a photographic subject. For a while it was basically the Sunset Strip,” Steffens says, acknowledging the visual smorgasbord now available to Angelenos as world-class muralists like J.R. and Shepard Fairey, and local artists alike, color the city.

“Murals take away the industrial drabness of functional buildings and turn them into canvases filled with great imagination, the things that make you see the world in a very different way,” Steffens says.

For Kate Steffens though, it’s growing harder and harder to see the good old days of LA among the high-gloss-neutrals of gentrification.

“When I’m in Echo Park, I see a lot of ghosts,” she says. “Looking at dad’s photos, they speak for me to sort of the last time that people could live a working class or artistic life inexpensively.”

Kate’s not alone in that sentiment.

Alison Martino, a local historian who celebrated one of her single-digit birthdays at Flipper’s Roller Rink, one of the Sunset Strip attractions appearing in Steffens’s collections, says the city is losing its character and becoming less accessible as it grows ever more tech-based and development-heavy.

“What you lose when you lose those buildings is charm and character and individuality. Nothing has any significance to history. It’s an architectural nervous breakdown,” she says. “Too much new, new, new.”

The way to save more of these buildings, whimsical street-art, photorealistic murals?

“Photography is everything,” Martino says.

Steffens’s photos capture a distinct moment in LA’s history—a time when Ocean Park was becoming Dogtown, when Silverlake was torn between working class communities and the influx of a galvanized LGBTQ scene, when teenagers had curfews along the Strip.

It was a time that wasn’t necessarily better—Kate and Roger both were weary about donning rose-colored glasses that tint the past a nostalgic shade of “better”—but a time when, for many, progress felt imminent, and the relics of which are slowly disappearing.

In a city that’s constantly being made over, photographic records of LA’s past are essential reminders both of what LA has been and what it could be once again.

“I hope these photographs inspire people to live differently,” Kate says. “I hope they inspire people to take a look at the fact that there are a lot of people living alternative lifestyles in LA, and there’s room for that… I look at his pictures as something to try and achieve again.”