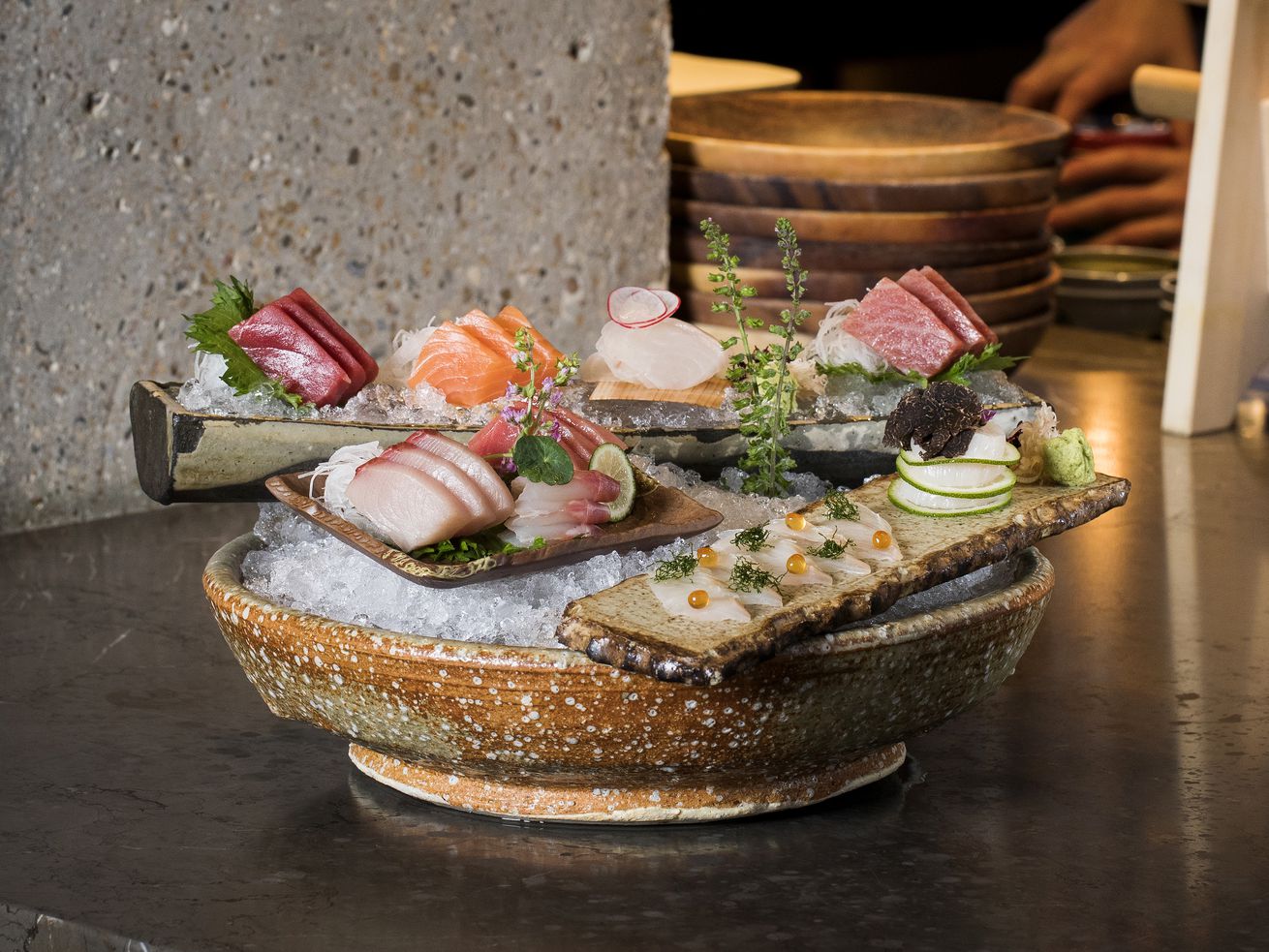 In what seems like a move to inject a bit of pizzazz into Inko Nito’s more robata-focused menu, Zuma is going to make a three-week residency at a the Arts District restaurant with a a menu that reflects the worldwide chain’s greatest hits, especially in the sushi department.

Sashimi platters come with salmon, tuna, yellowtail, and at least a few other fish on a pretty amazing presentation (shown above) for $45 a serving while the familiar modern Japanese dishes at the London-based Zuma show up for those wanting to spruce up the Instagram feed. Think seared salmon belly nigiri, wagyu beef sushi with daikon wrap and black truffle, to fatty tuna maki rolls with caviar for $20 a plate. Anyone wanting a more traditional array of nigiri can order a chef’s selection of nine pieces for $47.

The pop-up comes on the heels of Inko Nito’s recent closure on West Third Street, though this longer-lasting Arts District location has had a stronger footing in its Downtown neighborhood. In addition, Inko Nito wanted to take advantage of its sister restaurant’s brand cache since Zuma has been around since 2002 with eleven outlets around the world Inko Nito itself has one other location in London.

The Zuma residency starts on March 22 and runs through April 11, though one wonders if Zuma might end up just taking over the Inko Nito space altogether if that works out better for them. Inko Nito first opened with an arresting interior design and wood-grilled robata menu back in late 2017, though it hasn’t been the subject of any big critical reviews. In the meantime, Zuma continues to operate a big location inside the Cosmopolitan resort in Las Vegas.