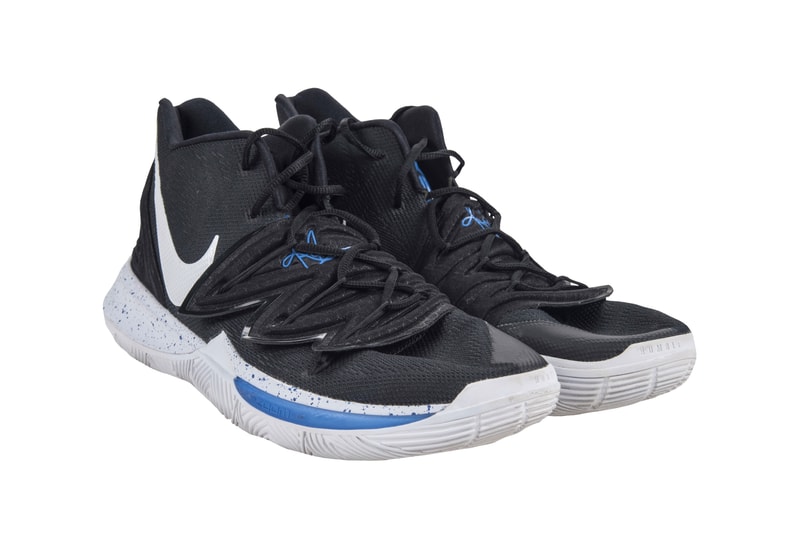 A pair of Nike Kyrie 5s worn by Zion Williamson have just sold for almost $20,000 USD at an auction.

Having gone through several different pairs of Nike sneakers during his only collegiate season, the current pair sold is the Kyrie 5 he sported during the opening round game of the Maui Jim Maui Invitational against San Diego State. Williamson led the Blue Devils to victory that game, scoring 13 points himself with six rebounds, ending the match 90-64.

The size-15 sneakers are dressed in the Duke Blue Devils’ signature black, white and blue, with the University’s "D" logo on both heels. Goldin Auctions managed to auction off the pair for a whopping $19,200 USD, issuing with it a certificate of authentication from the MeiGray Group.

Since the NCAA, Williamson has signed a multi-year deal with Jordan Brand, so it may be some time until we see NBA’s new rising star don a pair of Kyrie 5s again, making this sale even more special.