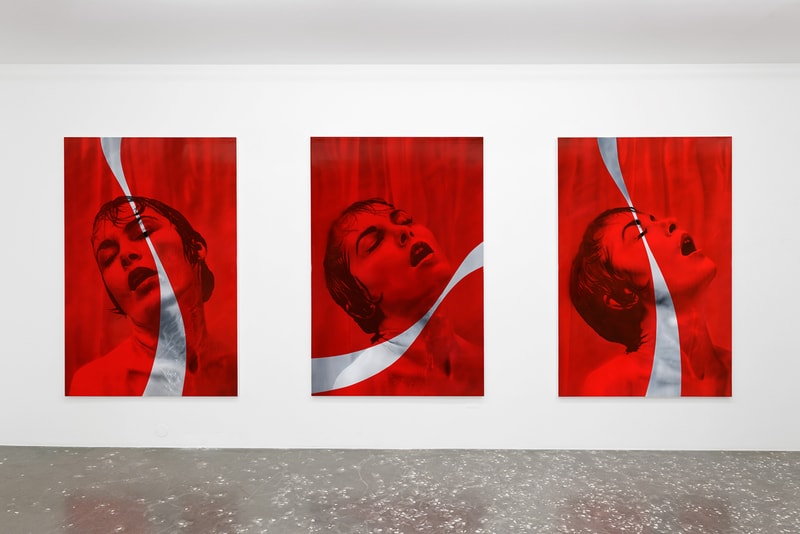 “In his present exhibition, his two modes of action are thus combined: the Hitchcockian blonde played respectively by Janet Leigh (1960) and Anne Heche in the remake of Gus Van Sant (Psycho, 1998) is applied to the misappropriated visual corpus of the famous Atlanta firm. And that glorifies the smell of blood: Coca Cola loses in vitality and refreshing advertising energy what it gains in Hitchcockian perversity,” said the gallery in a statement.

Accompanying the aforesaid series is a video installation that relays grainy sequences of when the Eiffel Tower’s programmed light show short-circuited back in 2018 during the Nuit Blanche Festival.

View select works above and then head over to New Galerie’s website to learn more.

Awareness is the ability to directly know and perceive, to feel, or to be cognizant of events. More broadly, it is the state of being conscious of something. Another definition describes it as a state wherein a subject is aware of some information when that information is directly available to bring to bear in the direction of a wide range of behavioral processes. The concept is often synonymous to consciousness and is also understood as being consciousness itself.