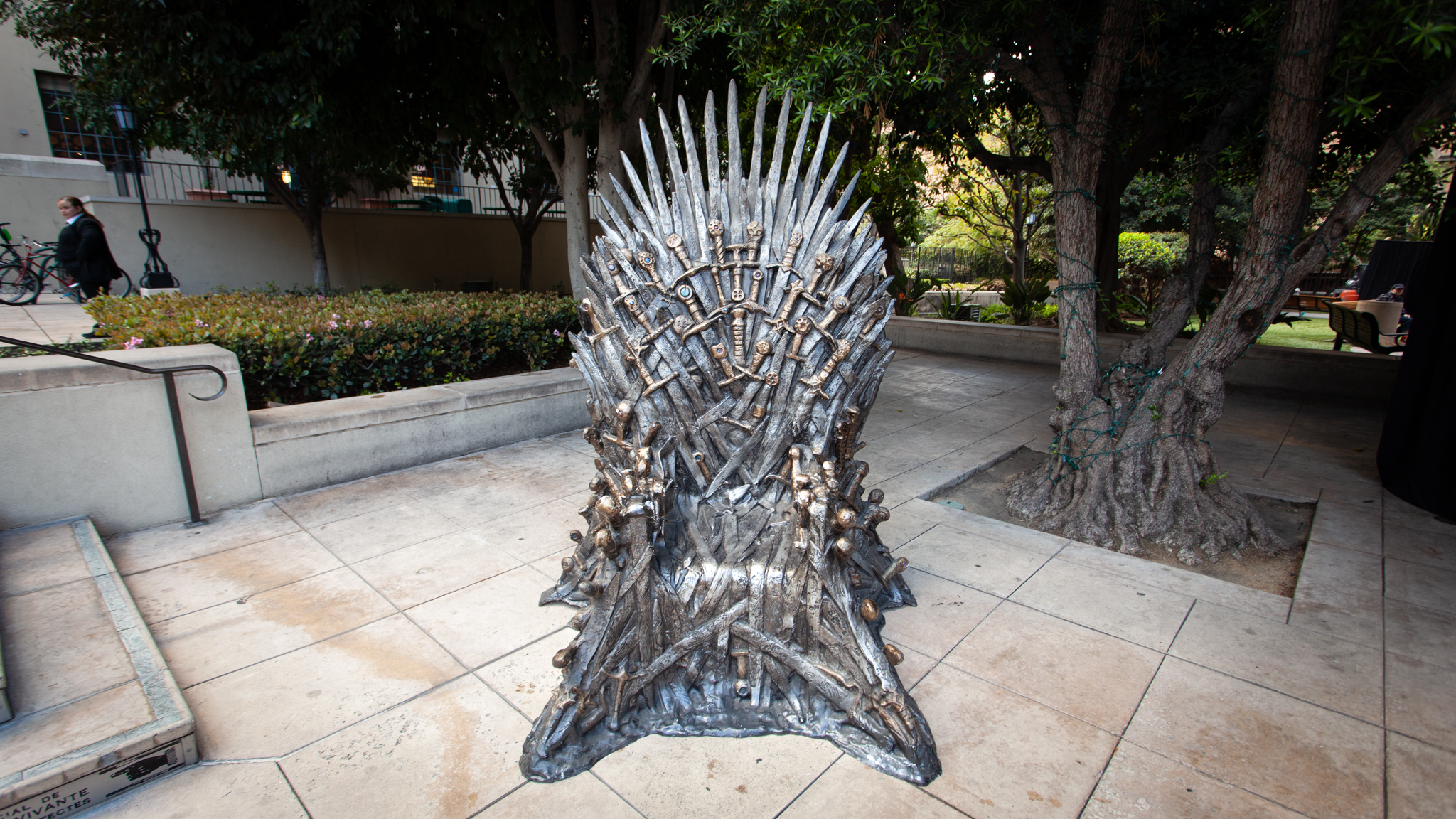 It might be spring already, but winter is here on one block of Downtown Los Angeles. Yes, the Iron Throne has popped up in DTLA, and it’s there waiting for you to pull off your best smug Joffrey look or stoic Cersei pose.

Today only, April 5 from 10am to 6pm, the Throne has popped up in Maguire Gardens, in front of the Los Angeles Central Library, as part of a Game of Thrones and Mountain Dew activation, in which the soda maker is handing out limited-edition GoT-themed cans.

Then, you’ll have to wait in line a bit (as of 11am, that wait was about an hour). At the front of the line, you’ll be able to offer your coin to the vending machine, pick up a free Mountain Dew and dunk it in an ice cold bath of water to watch the totally ’90s color changing magic.

Afterwards, you can sit on the Iron Throne for a photo op regardless of whether or not you’ve cracked open a can of soda.

The pop-up is slated to run until 6pm, or until cans run out. Judging by the crowds (we spotted about 150 people in line just before 11am), there’s a chance they’ll run out of cans before then.

Regardless, the Iron Throne will still be set up for photo ops until 6pm. And if you don’t car about sitting on it but just want to see it, you can easily sneak a peek from the courtyard.