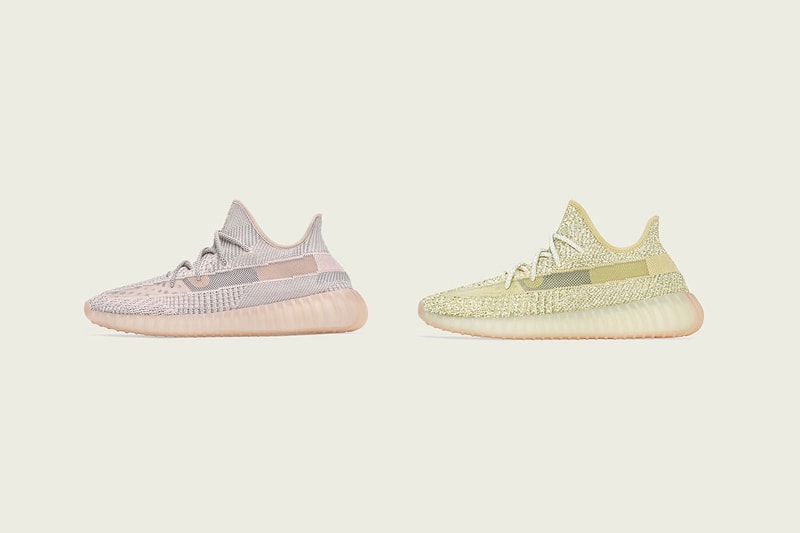 Each offered exclusively in limited regions around the planet, the two new takes on Kanye West‘s signature sneaker offer similar detailing, albeit in different hues. The "Synth" model opts for a muted grey palette, informing the side stripe, laces and Primeknit upper with a muted neutral tone that stands in stark contrast to the unmissably bold "Antila," which aids in highlighting the upper’s patchwork weaves. Like the "Lundmark," the two new YEEZY BOOST 350 V2 silhouettes are offered in reflective and non-reflective iterations, making for double the odds to pick up the new shoes.

The YEEZY BOOST 350 V2 "Synth" and "Antila" both drop on June via adidas Originals’ YEEZY site for $220 USD; the former launches only in Europe, Russia and the Ukraine, while the "Antila" will only be available in Africa, Asia, India and the Middle East.

YEEZY BOOST 350 V2 ANTLIA. AVAILABLE JUNE 22 EXCLUSIVELY IN SELECT COUNTRIES WITHIN EUROPE AND IN RUSSIA AND UKRAINE. AT ADIDAS.COM/YEEZY