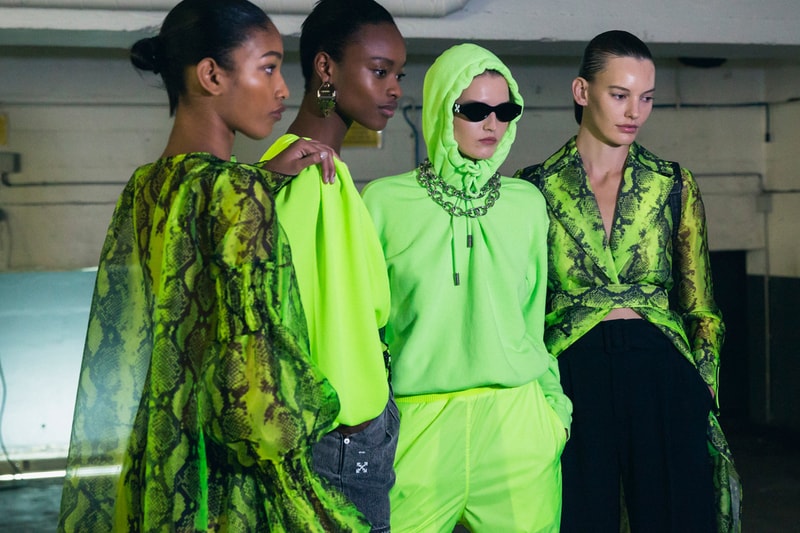 Back in November, Supreme was ranked as one of the world’s most popular brands but Lyst‘s Index Q1 points to Virgil Abloh‘s fashion house Off-White™, as taking the number one position again. To compile the data, Lyst broke down the shopping behaviors of over five million shoppers.

Abloh’s partnership with Evian helped him pull in the top slot. According to the platform, 4,000 people joined a waitlist for the designer’s reusable water bottle product created in collaboration with MATCHESFASHION. Coming in after Off-White™ are Gucci, Balenciaga, Valentino and Fendi. Gucci’s announcement of its "Gucci Changemakers" scholarship and its Hollywood-inspired Spring/Summer 2019 campaign, point to its current slot as number two on the list.

Valentino snatched up the fourth position thanks to its popular collaboration with Birkenstock. The Lyst Index also shared that Naomi Campbell‘s rare runway appearance at the fashion house’s Haute Couture show in January was a high profile moment for the company. Additionally, for the first time ever Palm Angels joins the luxury brands and comes in at No. 18.

Head over to Lyst’s official website to check out the top 20 brands from Q1.

While you’re here, take a look at the biggest designer bag trends sure to be everywhere this year.