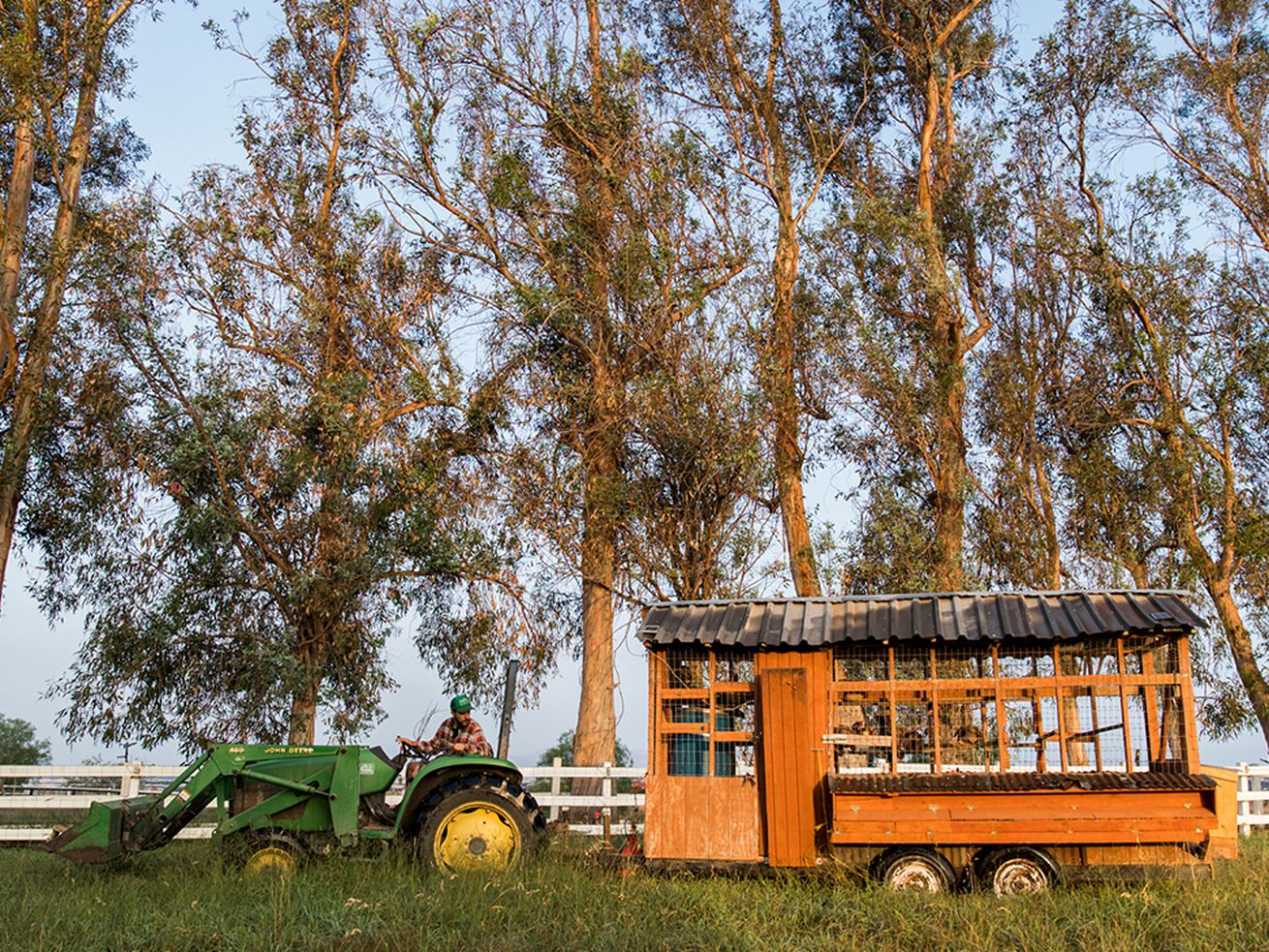 ‘The Biggest Little Farm’ is heartfelt and visually stunning

Eight years ago, after they were evicted from their Santa Monica apartment, John and Molly Chester bought 200 acres of land just outside of Los Angeles with the dream of becoming full-fledged farmers.

But 2011 would mark the beginning of a six-year drought, and the property was already eerily reminiscent of Oklahoma during the Dust Bowl. Instead of nutrient rich dark soil, John Chester, a director and producer, would hold dirt in his hands that resembled sand; it would blow like dust into the air as it ran through his fingers. The soil was so dry and clay-like, Molly Chester, a personal chef, could drop a fistful onto the ground—and it would not break.

Today, the Chesters grow 75 varieties of stone fruit, avocados, and citrus on the Moorpark property, named Apricot Lane Farms. They’ve found success not just as farmers, but as documentary filmmakers. They’ve chronicled their journey in The Biggest Little Farm, a film that has earned wide praise and a Rotton Tomatoes fresh rating of 90 percent and landed the Chesters an interview on NPR’s “Fresh Air.”

Heartfelt and visually beautiful, the documentary takes viewers inside the couple’s hardships, heartaches, and, ultimately, their triumphs. The film is as much about a couple chasing a wild dream with the help of their community as it is about the regenerative capabilities and interconnectedness of nature.

A cover crop, which farmers plant to protect and enrich the soil (it’s usually a mix of grasses, clover and legumes), proved the best tactic for retaining water in the dirt at Apricot Farms, with an added headache that turned out to be a benefit. The healthy clover attracted gophers that also began to chew away the roots of young orchard trees.

John Chester eventually realized that nature already provided a counterbalance to gophers, in an animal he’d previously loathed: coyotes. Once they had gophers to eat, they stopped feeding on his chickens.

“When we had 14 inches of rain this year, nearly 140 million gallons of water stayed on the farm,” John Chester says. “What wasn’t used [was trapped by the crop cover] went back into the soil to recharge the aquifer we all depend on.”

The movie’s recurring theme is how it’s possible to work so hard and still have everything go wrong, like one bumper crop of stone fruit that grew only to have birds peck two-thirds of it, making it impossible to sell at market.

As the documentary’s cinematographer, John Chester skillfully drew upon his experience in the film and TV industry. There are long shots of grassy pastures and eucalyptus, and the sheep, highland cattle, and chickens that have helped keep the soil healthy, aerating it and gobbling up maggots. In one scene, a fluffy Great Pyrenees stands at attention, nose straight as an arrow, alert at the sound of a coyote at twilight. It’s impossible not to feel awe-struck at the magnificence of land.