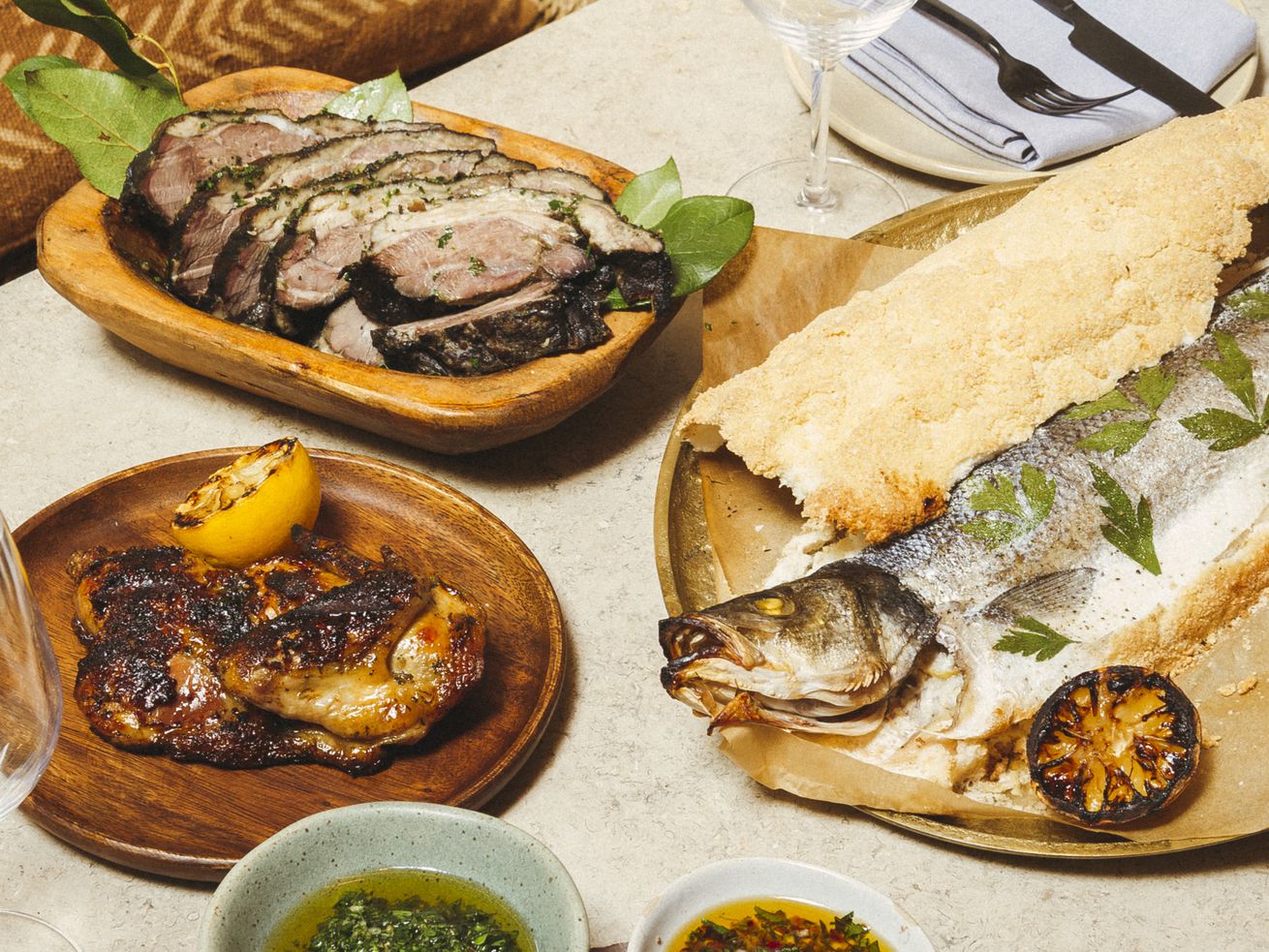 The Kassi Club takes over where Goldie’s left off

Busy West Third Street has a design-focused new restaurant tenant to know about. The name of the place is the Kassi Club, and it opened last week in the former Goldie’s space.

The Kassi Club comes to LA by way of the Wish You Were Here Group. The restaurant and bar operators are always thinking with scene and mood in mind, particularly at their other two local outlets the Eveleigh in West Hollywood, and the rooftop hotspot Elephante in Santa Monica. With the Kassi Club it’s much the same, thanks to light brown tones and mixed textures, including loads of hanging fabric, under-bar lighting, rounded archways and rough stone.

As the images suggest, the Kassi Club is built around a southern Mediterranean menu, featuring dishes like grilled octopus, a harissa honey chicken, or salt-baked branzino for the table. There’s also lots of pita, lamb shoulder, and cocktails of course, all of which play with the region as it spans from Italy to Greece to the Middle East. The full menu can be found here.