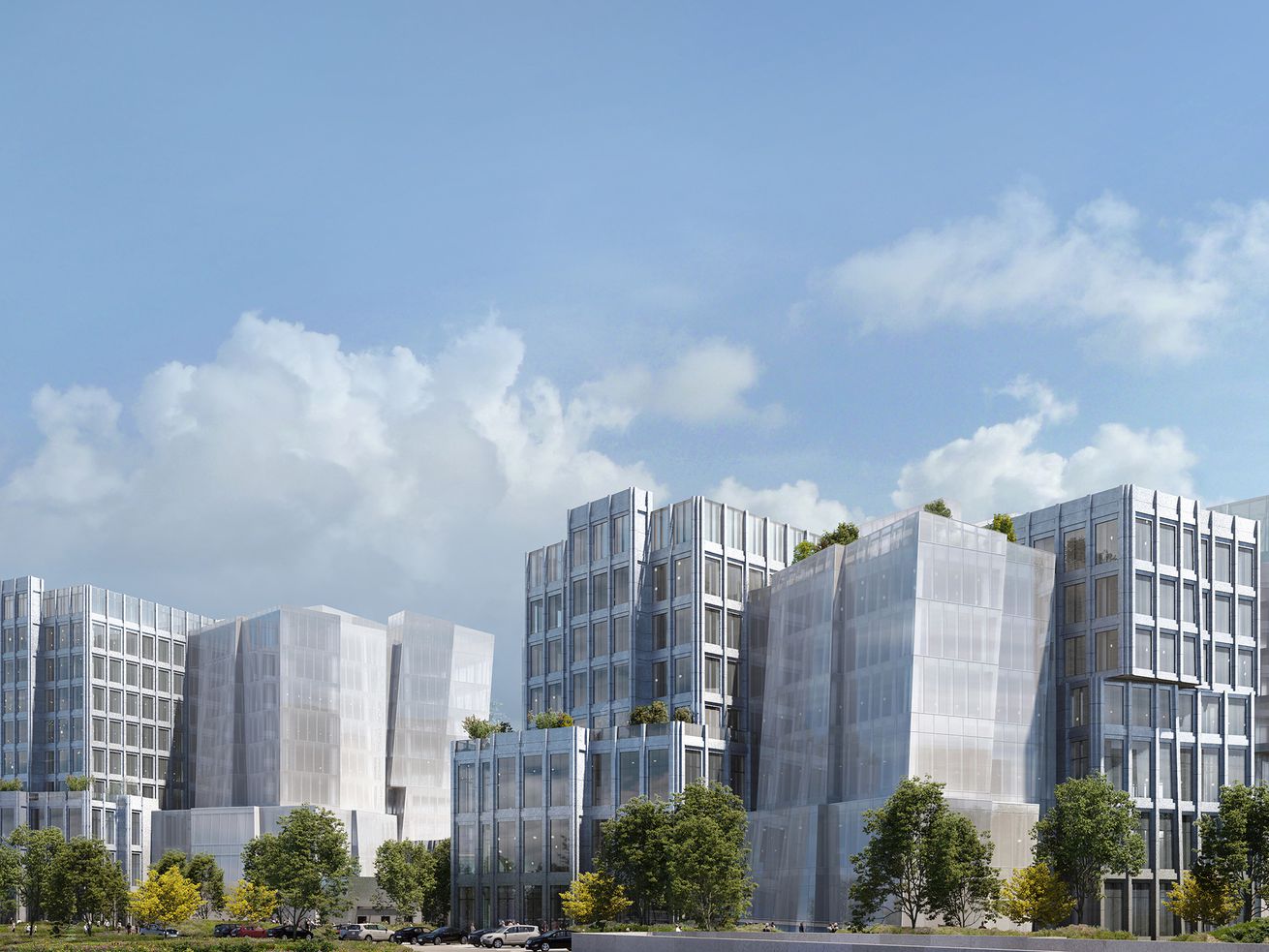 “This is an opportunity to reimagine not only our workspace but our future,” Warner Bros. CFO Kim Williams said in a statement.

The new office buildings will rise seven and nine stories, respectively, with about 800,000 square feet of office space combined. Renderings show they’ll be positioned right along the 134.

A groundbreaking is slated for the fall. The company will move in in phases starting in 2022, with full completion of the project scheduled for 2023—the same year Warner Bros. will celebrate its 100-year anniversary.

Warner Bros. purchase of The Burbank Studios, which is owned by Worthe Real Estate Group, does not include the land where the Gehry-designed offices will rise. The property and the buildings will be owned by Worthe and Stockbridge, though Warner Bros. will be the sole tenant and lease the offices.

Williams said the expansion would encourage collaboration, attract talent, provide for more production capacity, and “better position our company for the future.”

The Los Angeles Times reports that Warner Bros. gains eight soundstages, a mill building, a commissary, and even more office space with its acquisition of most of The Burbank Studios.

Worthe purchased The Burbank Studios in 2007 for $250 million, says the Times. Though the price tag for the property’s sale was not disclosed, the Times estimates it could be around $800 million.