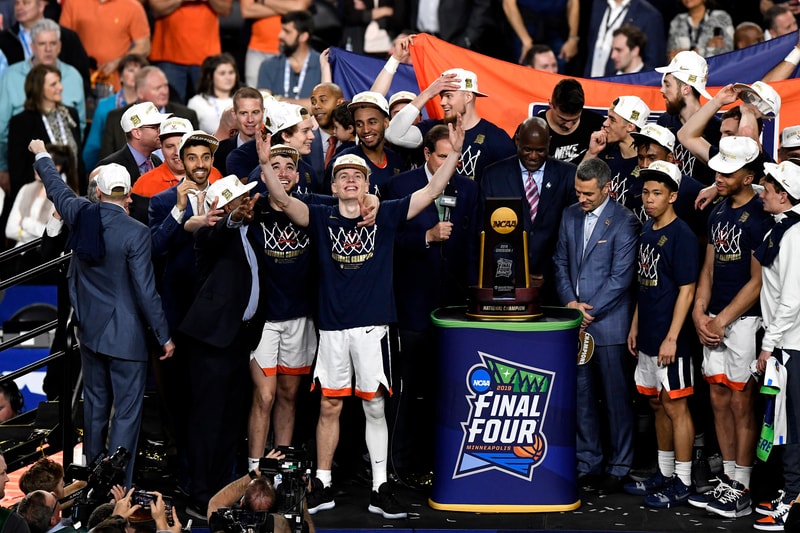 The Virginia Cavaliers have been crowned the 2019 NCAA Men’s Basketball National Champions for the first time ever after they defeated the Texas Tech Red Raiders in a thrilling overtime match with a score of 85-77.

Leading the Cavs was sophomore De’Andre Hunter who managed to score 27 points and nine rebounds during the night, helping to take his team to the number one spot. The Cavaliers did see a few setbacks as their 10-point lead quickly became a 3-point deficit in the final minutes of regular play. However Hunter managed to tie the match during regulation time, scoring a 3-pointer, making four out of five 3-pointers all night, with just 12.1 seconds left on the clock. Virginia’s Kyle Guy followed with 24 points.

Surely Virginia can find some sort of redemption from tonight’s win, considering during last year’s tournament they became the first No. 1 seed to be defeated by a No. 16 seed in the whole of the NCAA men’s tournament history. They lost by 20 points to the University of Maryland. Check out some highlights below.

This game is awesome. pic.twitter.com/CIm9dKmgJa

Hear from Chris Beard after @TexasTechMBB finish a great season that led them to their first #NationalChampionship appearance. pic.twitter.com/wQeRuhkYBc

UMBC becomes the first 16 seed to upset to beat a No. 1 seed!#MarchMadness pic.twitter.com/iLdbVhNC0A