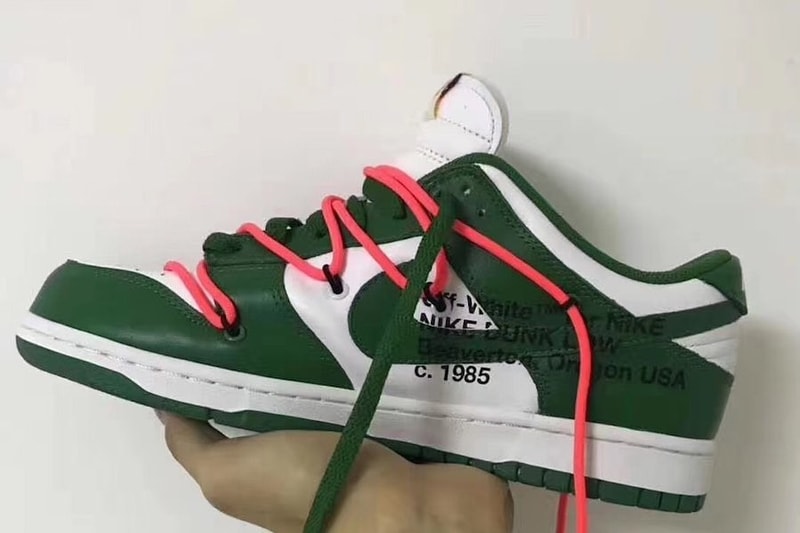 Following rumors surrounding a potential Off-White™ x Nike Dunk Low collaboration earlier this month, designer Virgil Abloh has confirmed that he will be teaming up with the Swoosh to drop the iconic silhouette in three new iterations.

Abloh confirmed the suspicions by posting an official look at the "Pine Green" take on the Off-White™ x Nike Dunk Low on his personal Instagram account, alongside a caption reading “1 of 3⁣ @off____white c/o nike.” The image features the eye-catching sneaker with Off-White™’s signature branding at the medial side, equipped with hiking-inspired laces in a neon pink hue. Although not yet confirmed, the caption hints that there are two more colorways of the sneaker that have yet to be revealed.

There’s yet no release date for the upcoming collaboration, but take a look at the previously surfaced "University Red" iteration here, and watch this space as any updates surface.